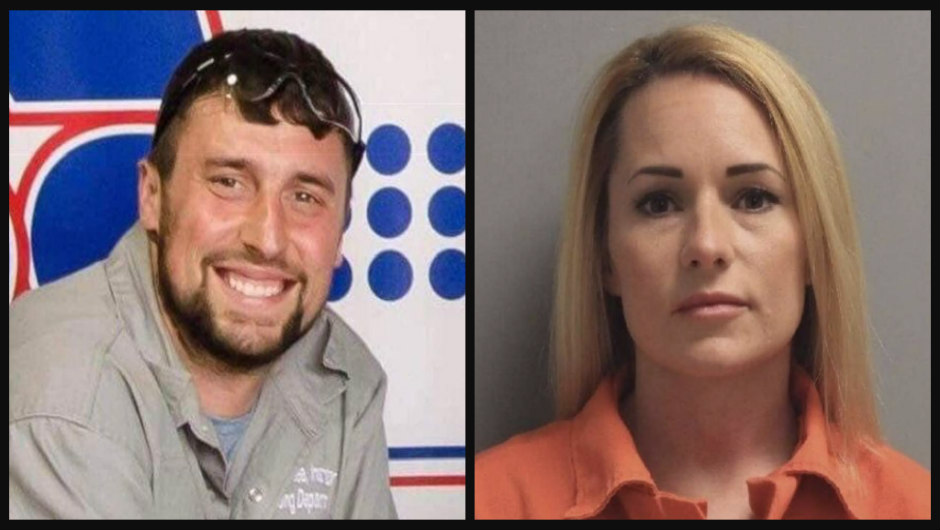 EXCLUSIVE interview with victim who says she turned in Kayla Giles for fraud, identity theft

A Louisiana woman out on bond awaiting trial for a murder charge is back in jail, according to police, and her attorney now claims that the “Stand Your Ground” law should apply in her case.

As CrimeOnline previously reported, Kayla Giles was arrested in Alexandria, Louisiana, in 2018 after she allegedly shot her husband in the chest in front of their 2-year-old child and her two stepchildren at a Walmart parking lot.

The toddler was on her way to celebrate her 2nd birthday party at Chuck E. Cheese when her mother, Giles, allegedly shot 30-year-old Thomas Coutee Jr. during what was meant to be a routine custody exchange.

Coutee died at the scene, according to officials. Court records indicate that at the time of his death, Coutee had filed a permanent protective order against Giles, and Giles had one against him, the Town Talk reports. Their relationship, per court records, was filled with a “history of domestic abuse.”

Prior to his death, Coutee filed a complaint on May 28, claiming Gile slapped him when “they were exchanging custody of their kids.” A deputy who responded to the scene noted “redness on the left side of his jawline, below his left ear.”

Giles was arrested and charged with second-degree murder. Her bond was initially set at $1 million but eventually, reduced to $500,000. Giles was subsequently released from jail on bond and ordered to wear an ankle monitoring device.

KALB reports that Giles’ defense lawyer, George Higgins, filed a 12-page motion in court this week that argued, in part, that Giles was “acting to prevent an unlawful entry into her motor vehicle and she reasonably believed that use of deadly force was necessary at that time,” in connection with the murder charge.

Higgins also argued that Giles’ criminal history, unless it pertained to the murder charge, should not be admissible during the trial.

“[The] only issue that is possible at trial is whether or not the victim was attempting to gain unlawful access to a motor vehicle occupied by the defendant,” Higgins wrote.

On Monday, Giles was arrested again and charged with criminal conspiracy, identity theft, government benefits fraud, and money laundering. The state is now pushing a second motion to revoke Giles’ bond in connection with the murder case.

“[Giles] has repeatedly demonstrated an inability to follow orders of this court and to refrain from criminal conduct while on bond,” the state claimed.

CrimeOnline spoke with Coutee’s sister, Megan Wiggins, who said she was one of the victims of identity theft at the hands of Giles. Wiggins said she had only met Giles a few times but it was clear from the start that Giles didn’t like her.

“She has now stolen my identity and done unemployment claims in my name in 8 states that I know about and I have been calling every state to find out. But in California alone, she got over $15,000 in my name. She had said numerous times how she hates me and wants to ruin my life when I don’t even know her.”

Giles’ arrest affidavit indicated that someone contacted police after noticing “unemployment benefits through nine separate deposits from the state of California.”

The victim said she received a Bank of America card in her name that she never used. The victim also said she wasn’t eligible for unemployment benefits.

Thibodeaux was arrested on October 16 and reportedly confessed she knew the transactions were illegal but “needed the money.” Thibodeaux claimed Giles set the ruse up on 26 victims but needed her to make the certifications.

“Thibodeaux claimed that Giles drafted a chart outlining the states, claim numbers, value of the claims and other pertinent information used to track each fraudulent claim,” the affidavit read.

Thibodeaux also said that Giles indicated she had an “extreme dislike” for one of the victims and was out to ruin the victim’s life. Thibodeaux received around $37,454 during the fraudulent activities, the affidavit states, while Giles pocketed over $13,000.

Wiggins told CrimeOnline that she was the one who blew the whistle on Giles.

“Someone found a card at the Terri Champagne’s [Thibodeaux] house and gave it to a friend of mine to give to me,” Wiggins explained. “Well, the next day I called just to see if there had been anything on it and it had a list of transactions and that’s how I found out.”

Giles has been ordered to remain behind bars without bail while awaiting the November hearing.