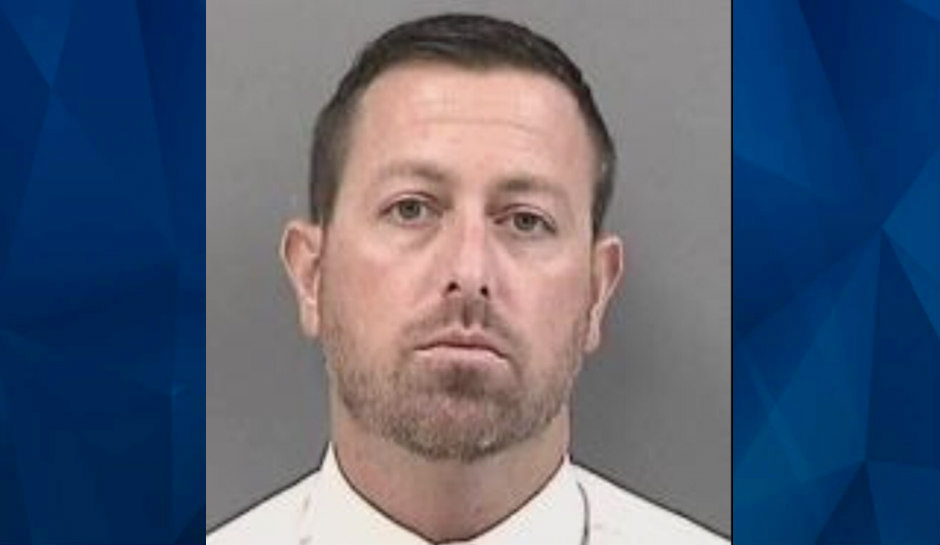 Both ex & current wife report deputy for spanking, hitting tot son over 20 times with ‘full force’ for ‘being rude’: Reports

A former Florida deputy has been arrested, months after both his current and former wives accused him of child and spousal abuse.

News Channel 8, citing an obtained arrest affidavit, reports that Timothy Crane has been accused of physically and emotionally abusing his son on at least two occasions.

According to court documents, Crane, who was a resource deputy at Palm Harbor Middle School in Tampa, allegedly abused his son in December 2019 and April 2020, according to witnesses. One witness said Crane spanked his boy more than 20 times for being rude and refusing to clean up his mess.

Another witness said Crane would throw his son in the air and call him “stupid.”

During one of the incidents, Crane reportedly went into his son’s room and started spanking him while he was asleep, a witness said. Crane was allegedly upset that his son didn’t say goodnight to someone at their home. Crane allegedly pulled his son from his bed and took him to the bathroom, where he screamed at him and banged on the counters.

Crane then picked the boy up with one hand and spanked him with the other hand, the witness said. The witness added that Crane hit the child with his full strength, like “hitting an adult.”

Crane’s former wife, Samantha Crane, did not witness the incident, the court documents state, but suspected abuse. When she asked about her son’s bruises, Crane allegedly said he fell down a few times and denied accusations against him.

Samantha Crane indicated that no one would listen to her about her suspicions until Timothy Crane’s current wife, Michelle Frome, contacted police.

According to Frome, Crane once hunted her down with a gun while she hid in fear at a friend’s house. She also said she witnessed her husband abusing his son.

“He started screaming into his ear and threatening to hit him in the back of the head with a baseball bat so he didn’t have to hear him crying,” Fromme said. “He is on the Crisis Response Team so as law enforcement, your job is to de-escalate situations.”

Frome reportedly said Timothy Crane told her that nothing would happen to him if she reported him.

“There was one time he said nothing will ever happen to him because if something did then it would be an opportunity for them (defense attorneys) to go back and appeal some cases that maybe he worked on before, and that would create a big mess.”

Frome then reached out to Samantha Crane and told her what she witnessed.

“It’s just heartbreaking,” Samantha Crane said. “She had witnessed a lot of abuse that had occurred, spanking him over and over again, throwing him up against a door.”

In July, a judge granted both Samantha Crane and Frome temporary protective orders against Timothy Crane, ruling that he must stay away from them and the 3-year-old. Both women detailed incidents to the judge in which Crane was allegedly physically and emotionally abusive with them and even threatened to kill the family pets.

According to the Tampa Bay Times, the Pinellas County Sheriff’s Office “immediately initiated an internal review and Crane was placed on an administrative suspension.”

Crane resigned from his position in September, ending the review. Charges were filed against Crane on October 9.

On Monday, Crane was arrested for child abuse. He has since been released on bail and denies the allegations against him.