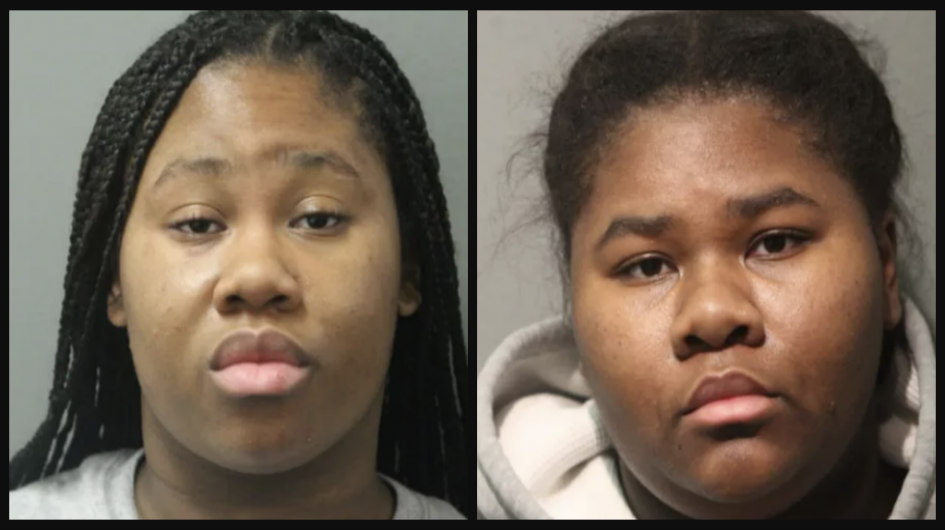 Two sisters are behind bars after what was supposed to be a routine shopping trip turned into a crime scene.

The Chicago Sun-Times reports that 18-year-old Jayla Hill and her sister, Jessica Hill, 21, are facing attempted murder charges in connection with a Sunday incident at Snipes shoe store in Lawndale.

According to police, a security guard asked the two suspects to wear masks and use hand sanitizer, which apparently upset them. Jayla Hill is accused of taking out her phone and recording the guard as he asked them to leave the store for not wearing a mask, as Jessica Hill allegedly picked up a trash can and hit the guard in the face with it.

Afterward, both sisters began punching the guard. Jayla Hill is accused of taking out a bladed comb knife during the altercation and stabbing the victim 27 times. Authorities said Jayla Hill stabbed the victim in his neck, face, and arms while Jessica Hill grabbed his hair so he couldn’t move.

The guard, bloodied and beaten, managed to keep the suspects in the store until authorities arrived and arrested them.

During a hearing at the Cook County court on Tuesday, the suspects’ attorney claimed they were acting in self-defense. The attorney added that Jayla Hill wouldn’t have recorded what happened if she thought they were committing a crime.

Judge Mary Marubio, however, said that the number of stabs and the brutal violence carried out was “of concern.”

“It’s the complete randomness of this. It’s terrifying,” Marubio said.

Both suspects were ordered to remain behind bars without bail. Neither had a previous criminal history. They’re due back in court on November 4.