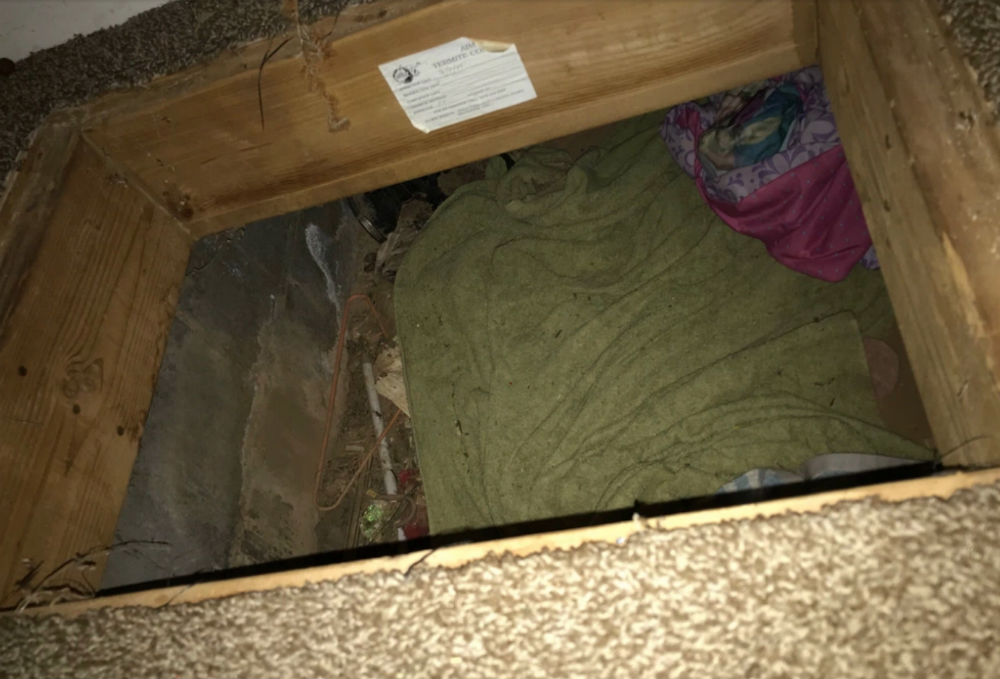 Missing girl had been sleeping under a trap door at house that was previously searched; multiple arrests after adult residents allegedly lied to police

A missing girl in California has been reunited with her family as authorities have released alarming details about the circumstances of her disappearance.

As the Mercury News reports, a 14-year-old girl identified only by her first name of Kaylee went missing in Calaveras County on October 22. The girl’s mother reportedly told police that she had given her daughter — who appears to live in Jackson — permission to spend a few nights at a friend’s home in West Point, which is about 20 miles from Jackson.

According to the report, when the mother went to pick the girl up on October 22, the occupants of the home told her that the girl had left on foot. Investigators reportedly searched the home and found no evidence she was there.

A week later, on October 30, Calaveras County Sheriff’s deputies returned to the West Point home with a search warrant. The deputies searched the home despite insistence from the residents that the girl was not there. Ultimately, the deputies found the girl “intentionally hiding” in a closet.

The search also led to the discovery of a hidden area where the girl had apparently spent time during the period she was missing.

“As deputies continued to search the residence for evidence, they located a hidden ‘trapdoor’ that led to a makeshift sleeping area located on the dirt floor under the house,” read a police statement obtained by the Mercury News.  “Inside the sleeping area, detectives located bedding and a phone belonging to [the girl].”

While it remains uncertain why a missing person’s alert was not shared after Kaylee’s family reported her missing, Calaveras County Sheriff’s Sgt. Greg Stark told CrimeOnline that investigators had information that suggested she may have indeed been at the West Point home, despite denials from the residents there. That information appears to have been the impetus for the sheriff’s department to execute a search warrant at the home.

Sgt. Stark also said that the investigation is ongoing, and that the girl is receiving “appropriate care.” He also said that investigators have not found anything at this time to indicate Kaylee was or is being mistreated at home.

Three people were arrested after deputies discovered Kaylee hiding in the West Point residence. According to the Mercury News, Isaiah Haggard, 20, and Annie Pearl Abernathy, 41, were charged with felony child endangerment, providing false information to a peace officer, and contributing to the delinquency of a minor. Sgt. Stark confirmed that both suspects remain in custody on $100,000 bail as of Wednesday morning.

A third suspect, 34-year-old Jose Tinocopureco, was arrested on misdemeanor charges of providing false information to a peace officer and contributing to the delinquency of a minor, and has since been released from custody with a citation.

“The actions of the adults that were arrested were completely not in [Kaylee’s] best interest. They had more than one opportunity to do the right thing,” Sgt. Stark said.