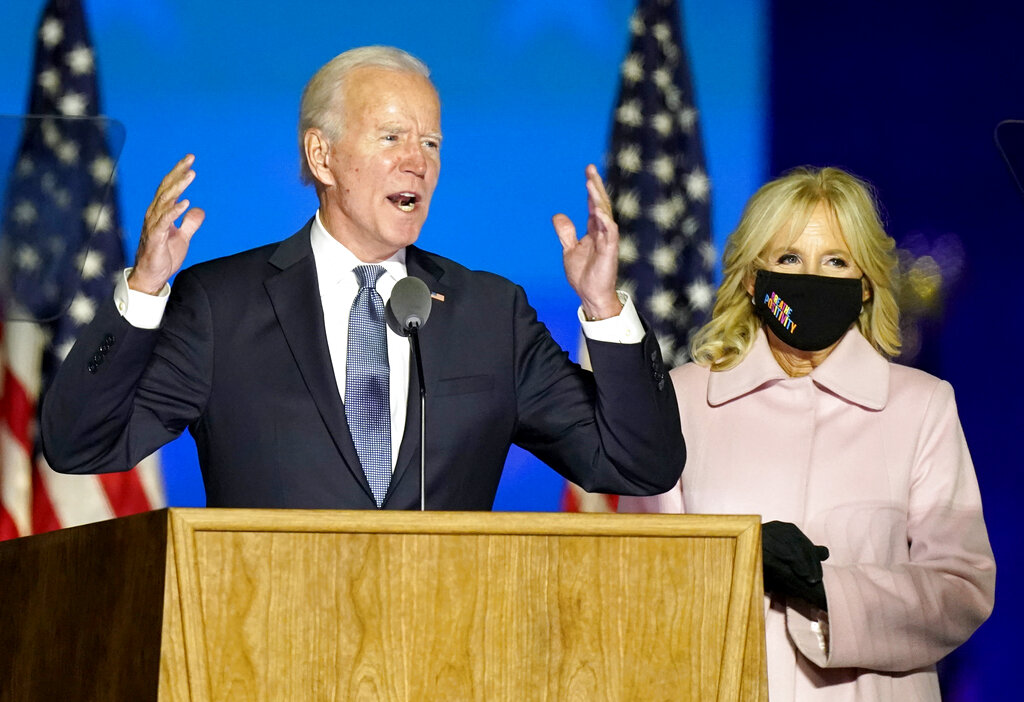 The news outlet announced the result Saturday after former Vice President Biden was declared the winner in Pennsylvania, which put him past the threshold of the required 270 electoral votes to defeat incumbent Donald Trump.

Early Wednesday morning, Trump had falsely declared himself the victor after election day voting tallies broadcast on cable news stations through Tuesday night showed Trump leading in critical states, but the tide shifted as districts began counting mail-in ballots. Later Wednesday, Biden was declared the winner in the battleground states of Wisconsin and Michigan, victories that were widely seen as an indication he could win the election overall.

As of Saturday’s announcement of the presumptive winner, the swing states of Georgia and North Carolina are still in play, but there remains no path for a Trump electoral victory.

At this time, Trump has not conceded the election to Biden, and Trump’s campaign manager Bill Stepien said earlier this week the campaign would demand a recount in Wisconsin.

“Wisconsin has been a razor thin race as we always knew that it would be,” Steipen told the New York Post. “There have “been reports of irregularities in several Wisconsin counties which raise serious doubts about the validity of the results.”

The campaign also filed lawsuits in Michigan and Georgia arguing to stop counting the ballots. Both have since been dismissed.

Largely due to the coronavirus pandemic, an unprecedented proportion of U.S. voters opted to vote via mail-in ballot. For weeks, pundits had cautioned that a winner would not be declared on election night or even for days after, as counties and states tabulated mail-in ballots, which in some districts are still being counted as of Saturday.