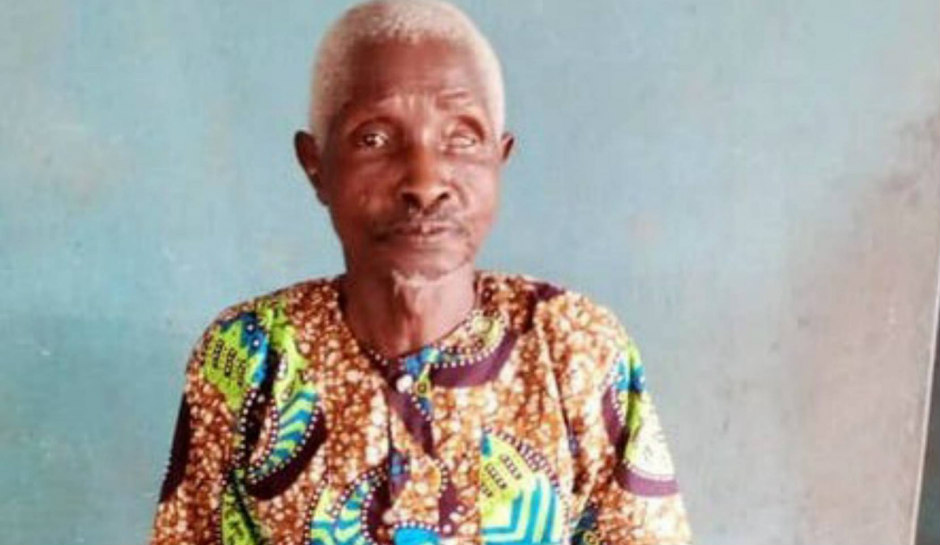 A 70-year-old man is behind bars for sexually assaulting his 15-year-old granddaughter, who’s pregnant with his child, according to officials.

Vanguard reports that Hunsu Sunday admitted to authorities that he raped his granddaughter. According to an Ogun State Police public relations spokesperson in southwestern Nigeria, Sunday was arrested on November 10 after the victim’s aunt filed a formal complaint.

Officials from the Ado-Odo divisional headquarters indicated that the victim had been living with her grandfather after her mother passed away. The victim’s aunt reportedly told police that Sunday had been abusing the teen “for quite some time.”

“She stated further that the victim came to inform her that her grandfather has been abusing her sexually for quite some time and she has been having strange feelings on her recently,” police said.

When investigators questioned Sunday, he allegedly said he had no idea the victim was pregnant but didn’t deny sexually assaulting her.

“On interrogation, he confessed having carnal knowledge of his granddaughter but claimed that he didn’t know that the victim was pregnant,” Ogun police spokesperson, Abimbola Oyeyemi, said on Friday.

Punch reports that authorities sent Sunday to an “anti-human trafficking and child labour unit” at the State Criminal Investigation and Intelligence Department for further investigations.

The victim was taken to the hospital for medical treatment.