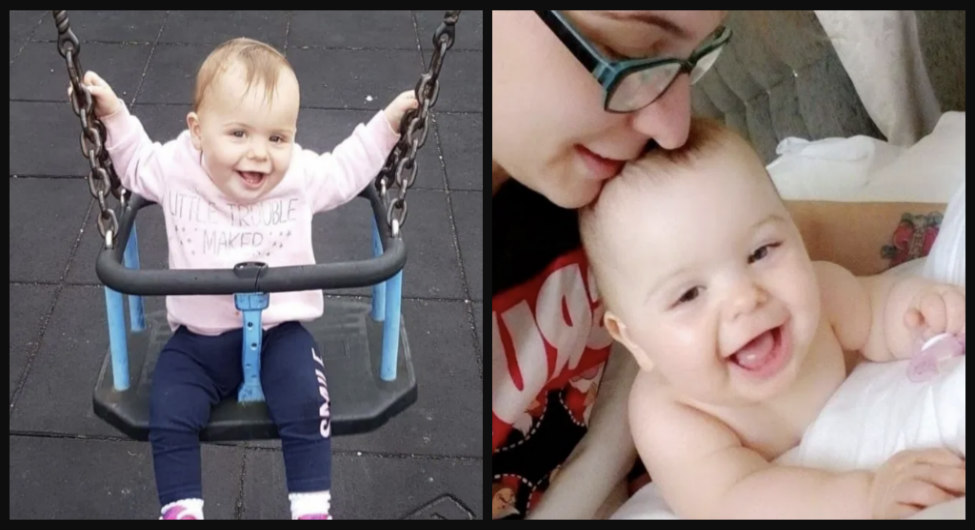 The mother of a deceased 19-month-old infant is on trial, facing murder charges in connection with the death of her baby.

BBC News reports that Gracie Crowder was rushed to the King’s Mill Hospital in Sutton-in-Ashfield with severe burns, but was pronounced dead shortly after. The incident happened in March at a home in Mansfield, Nottinghamshire, where Katie Crowder, an alleged cocaine user, burned her baby with hot water.

According to prosecutors, Crowder spent around an hour cleaning up the scene before taking her daughter over to her grandparents’ home. Crowder’s mother, after looking at the baby’s injuries, reportedly asked Crowder, “what the hell have you done?

“I don’t know, I found her like this,” Crowder responded.

Deep burns covered around 65% of Gracie’s body. An autopsy indicated that she died from “scalds and thermal burns from exposure to hot liquid”.

Crowder later told police she was cleaning up a mess her puppy made when she noticed her daughter face-down beside a tipped bucket of mop water. A pathologist testified that given the injuries on Gracie, she would have screamed in pain immediately and it should not have taken an hour for her mother to notice and get help.

“Katie Crowder cannot have failed to have heard it, so why the delay in calling for help?” Prosecutor Sally Howes QC asked.

The prosecution said that Crowder had cocaine in her system at the time of Gracie’s death. They indicated by testing the suspect’s blood, it was determined that she likely took the drug an hour before the baby’s death.

Nottingham Live reports that Crowder maintains her innocence and claimed the incident was an accident. Crowder said she poured hot and cold water into a mop bucket after the family puppy had an accident, then stepped outside to smoke a cigarette.

Crowder said when walked back into the home, she couldn’t find Gracie in the living room where she had left her. Crowder said she spotted the baby by the bucket of water with a red face and took her to her grandparents for treatment.

“What? I would never hurt her,” Crowder reportedly said to detectives.