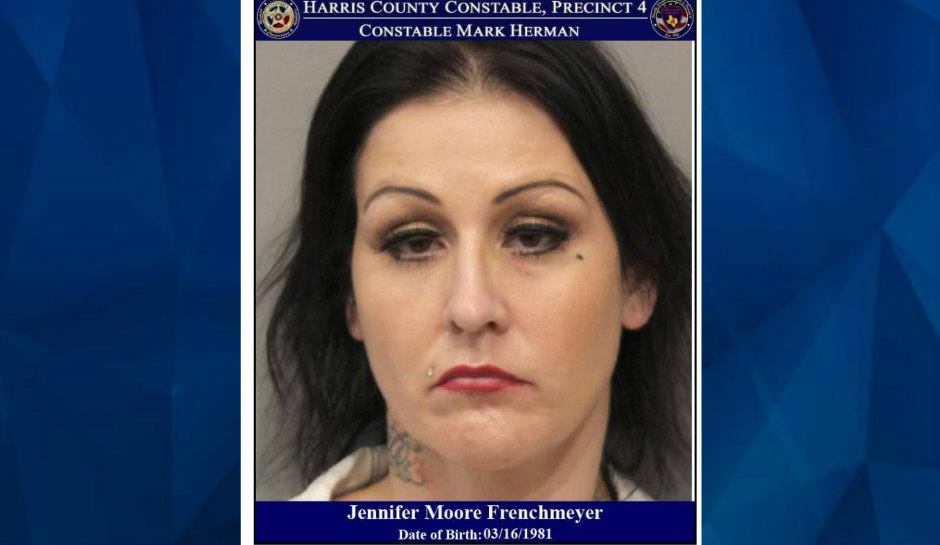 A Texas woman is facing charges after her 9-year-old son was found abandoned at midnight, at the Skate Champions skating rink in Spring.

KHOU reports that Jennifer Moore Frenchmeyer admitted to authorities that she had been smoking crack, and passed out while her son waited for her to pick him up after a Friday night skating session.

The owner of the skating rink alerted police after he went to locked the doors at the rink and spotted a young boy standing outside alone. Police searched the area and found Frenchmeyer asleep inside a car at the 5500 block of Fellowship Lane in Spring.

According to Mark Herman of Harris County Constable Precinct 4, the suspect slurred her words and had “bloodshot eyes.”

“Jennifer Moore Frenchmeyer was arrested and booked into the Harris County Jail, charged with Child Abandonment with Intent to Return,” Herman wrote.

“Her bond was set at $1,500.00 out of the 208th District Court. Child Protective Services were contacted and the juvenile was released to a family member.”

According to security footage from the skating rink, the boy was left alone for at least four hours.