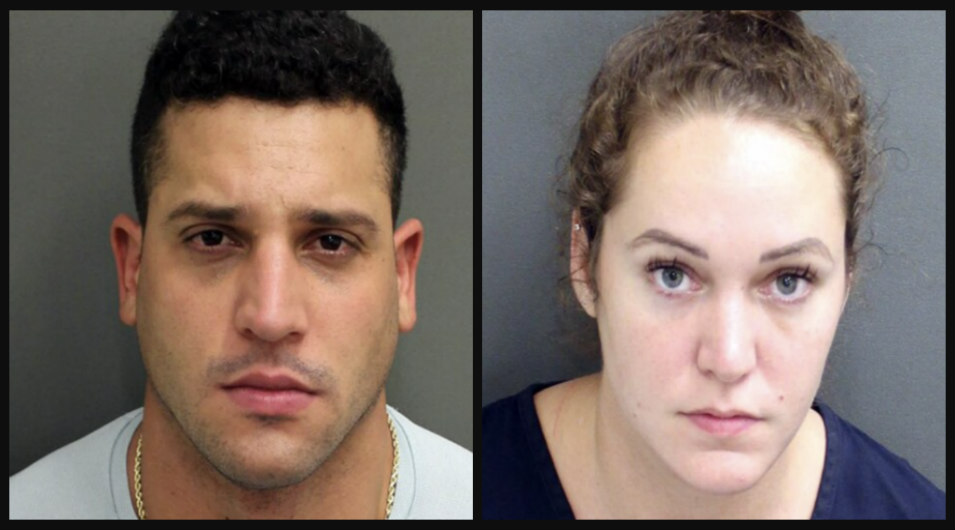 Firefighter & girlfriend brutally sex attack 7-year-old girl to ‘teach her how to have a baby’: Police

A Florida man and woman are behind bars after allegedly carrying out disturbing sexual acts on a 7-year-old victim.

According to authorities, police arrived at the couple’s Apopka home on November 11 after a call concerning a disturbance. Someone contacted police after Keene’s 7-year-old, who lived in the home with the couple, said that she was being forced to do “sexual acts that she did not wish to perform.”

When authorities arrived, they spoke to a witness as the little girl hid under a table crying. The attacks reportedly happened between May 1 and November 12.

Two witnesses spoke to investigators about the alleged abuse, ABC 9 reports. One victim showed authorities some videos of the little girl explaining what had happened to her.

“The Victim mentioned that they were trying to teach her how to have a baby,” a police report read.

The abuse started when Pupo allegedly raped the child in a bedroom while Keene was present, the affidavit states. The gruesome attack caused the child to start bleeding but after Keene helped clean her up, she told the girl to take a shower and go to sleep.

“The Victim stated [Keene] was present when this incident occurred and assisted in cleaning up the blood before ultimately telling the Victim to go shower and go to bed,” the report said.

The following day, Keene reportedly texted with an obstetrics nurse friend and led the nurse to believe she was inquiring about her own “vaginal tear.” The friend told Keene to go to the doctor. Instead, Keene reportedly took the victim to Target, where she bought a sewing kit.

Keene later stitched the girl’s injuries up. The victim told police that it was “hurting really bad.”

The nurse later asked Keene if she used lidocaine for treatment, to which Keene allegedly responded,” Nope, lololol.”

When questioned, Keene told police that Pupo was abusive to her and that she had been trying to get out of the relationship. She reportedly claimed that he previously hit her with an ice bag, which caused partial vision loss.

Keene, who said she was pregnant, also stated that Pupo kicked her in the ribs when he found out about the pregnancy and punched her in the stomach with one of his crutches.

“Morgan described that her husband has put her in emotional fear and distress of her life,” the report read.

Keene claimed she had no idea about the sexual abuse of the child.