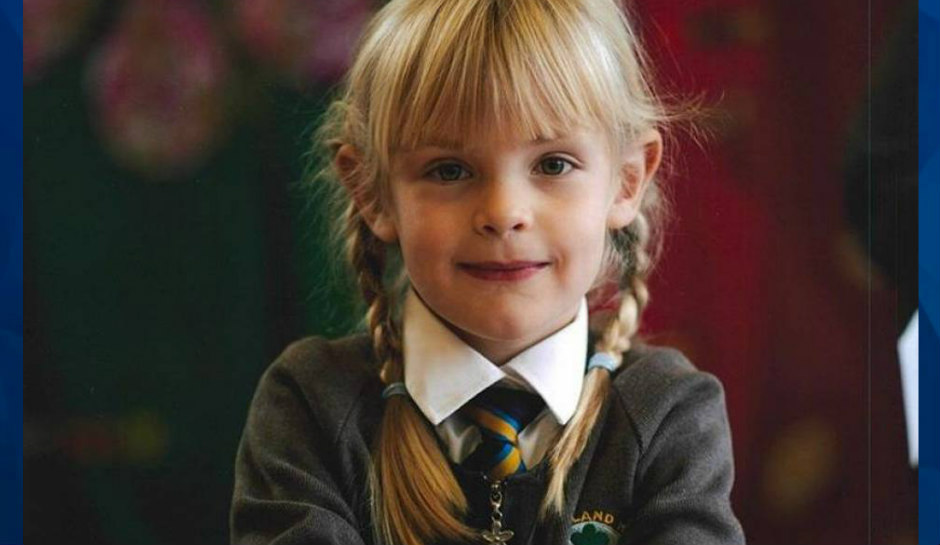 OUTRAGE! Woman who slit little girl’s throat and said, ‘I picked my victim,’ has been cleared of murder

A woman who admitted to slitting the throat of a young girl playing in a park has been cleared of murder.

Manchester Evening News reports that 30-year-old Eltiona Skana admitted that she chose her victim the day she spotted Emily Jones, 7, in Queen’s Park in Bolton, England, on March 22. The little girl was at the park with her parents when lost her life. Skana did not know Emily or her family; it was a random killing, the court heard.

Emily was riding a scooter while her mother jogged at the park. Her father was nearby watching over Emily.

When she scooted past a bench where Skana sat with a craft knife, Emily called out to her mother. Skana then approached the child, stabbed her repeatedly, and slit her throat. It happened within a matter of minutes, according to witnesses at the scene. Skana then fled but a passerby grabbed her and held her until police arrived.

Emily’s father later said he saw Skana bending over Emily, but he thought that Emily had simply fallen off her scooter while Skana bent over to help her.

Skana, who appeared at the Manchester Minshull Street Crown Court this week for her trial, initially denied she murdered Emily. Yet, during an assessment conducted by psychiatric nurse Jonathan Pettet, Skana admitted she purposely picked out Emily and killed her.

“I asked her about the day specifically on which this occurred and she went through her plan for the day – I said that’s OK,” Pettet testified.

”She said, ‘it was premeditated, I waited in the park, I picked my victim and I killed somebody and tried to run away.'”

Victoria Fagan, a community mental health nurse who treated Skana prior to the stabbing, also testified during the trial. According to Fagan, Skana was diagnosed with paranoid schizophrenia and had switched from an injection medication to tablets four months before Emily’s death.

“I had concerns when Eltiona was taken off [the injections] that she could relapse so I increased my visits,” Fagan said. “However, there was no change in her presentation.”

Authorities later found a stash of tablets inside Skana’s apartment that she was supposed to have taken to help with her mental illness. Investigators also found copper wire wrapped around Skana’s toes after the stabbing. Skana explained the wire helped her emotionally.

Birmingham Live reports that the prosecution argued that the jury should be able to decide whether Skana’s mental health issues were a “convenient excuse” for the incident.

In 2017, Skana stabbed her mother. That same year, she attacked her sister and was sent to psychiatric hospitals three times, BBC News reports.

Skana was later detained under the Mental Health Act.

On Friday, the  Crown Prosecution Service decided not to pursue a murder charge against Skana. The prosecution barrister told the jury that there was “no longer any realistic prospect of conviction for murder.”

The jury found Skana not guilty on the murder charge, but guilty on a manslaughter charge. Sentencing is scheduled for next week.