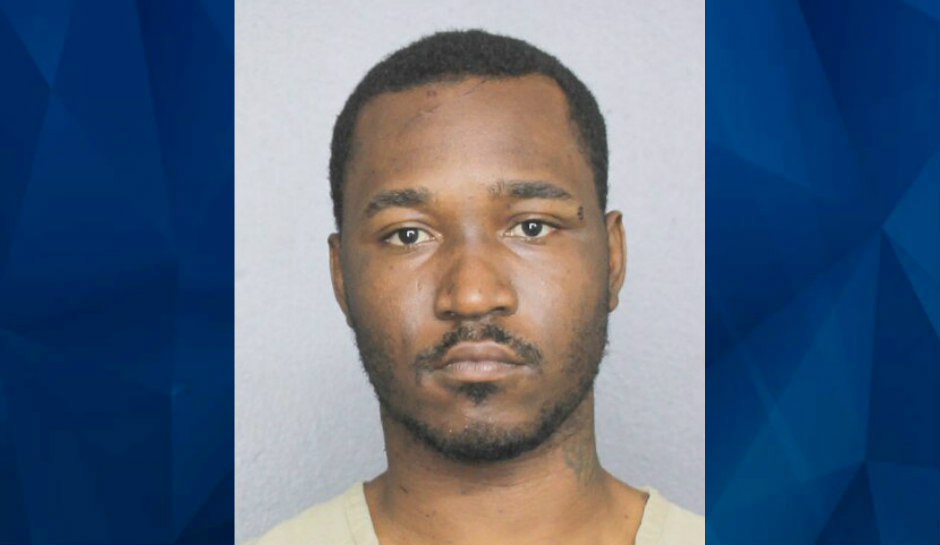 A Florida man is behind bars after police say he carried out gruesome attacks on three people inside a Fort Lauderdale home.

The Sun-Sentinel reports that the incident happened at a home this week in the 1200 block of Northwest 27th Lane. The mother of Pierre Gabriel Francois, 29, told authorities that the attack started early in the morning while she inside the home with her son, her son’s girlfriend, and her infant granddaughter.

Francois’ mother told police she woke up after hearing her son punching walls. When she asked him to stop, his temper flared as he grabbed a piece of wood and started hitting his mother, according to what she told police.

“[The suspect was] screaming for her to stop hurting his mother while she was attempting to tell him that she is his mother,” the police report read.

The woman tried to defend herself but ended up with injuries on both her arms and a dislocated thumb. After the attack, the woman said she heard her son’s 22-year-old girlfriend, who was holding their baby daughter, scream, “don’t hit us!”

When Francois allegedly turned his anger toward his girlfriend, it gave his mother the opportunity to escape and run to a neighbor’s home for help.

When authorities arrived, they found an infant facedown in the front yard while Francois was attempting to escape. Officers eventually caught the suspect and detained him.

Inside the home, authorities found Francois’ girlfriend covered in her own blood, with her throat sliced and eye wounds. Investigators said Francois plunged a knife into both of his girlfriend’s eyes.

Broward Assistant State Attorney Eric Linder said that the victim will not be able to see again. She remains at Broward Health Medical Center in critical condition.

According to court documents, the infant sustained a traumatic head injury after Francois allegedly threw her from a window. He also bit the baby’s nose off, police said.

Sgt. Don Prichard of the Sheriff’s Office said that the infant is intubated and unresponsive. She remains in critical condition, also at Broward Health Medical Center.

“The infant suffers from what appears to be a skull fracture, as well as it appears that (her) nose was bitten off,” Pritchard said.

“This was a very, very gruesome scene that the deputies encountered, and it was caused by a family member.”

NBC 6 reports that a physician treating the baby stated the infant was on life support with a brain injury and possible brain bleeding.

Francois, who has schizophrenia, had not been taking his medicine, his mother said. She added that her son could have been having a schizophrenic episode but could have also been under the influence of drugs.

According to 7News Miami, Francois is facing charges of attempted murder and aggravated assault. He remains behind bars with a $550,000 bail.

Authorities have not yet released the victims’ names. Check back for updates.