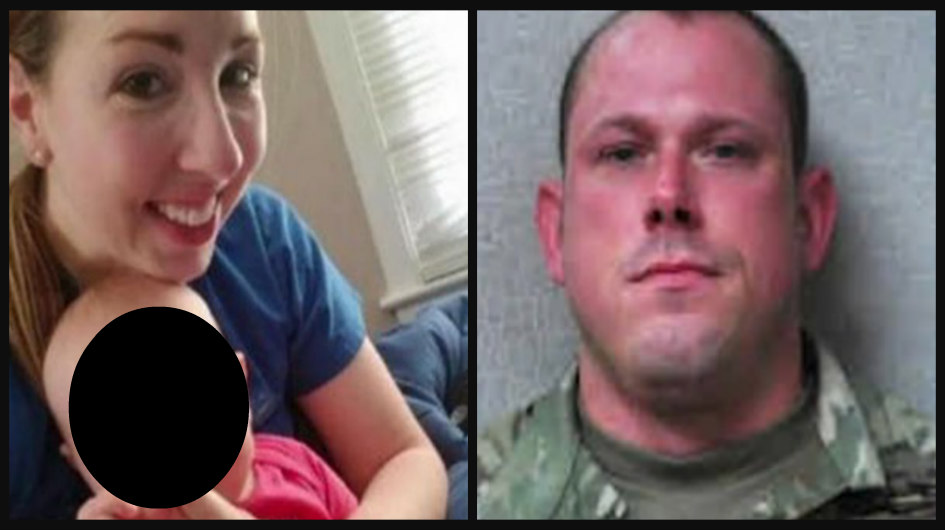 Pregnant wife dies after soldier husband shoots her days before Christmas Day due date, with 3-year-old child in the home: Police

A North Carolina woman lost her life just days before her baby was due, family says, after her husband shot her, then turned the gun on himself.

As CrimeOnline previously reported, Fort Bragg soldier Keith Lewis, 31, shot his pregnant wife, Sarah Lewis, 34, numerous times after a domestic dispute, according to police. The incident happened in the 900 block of Willow Street in Fayetteville, a little before 7:20 p.m. on December 21.

First responders rushed Sarah Lewis to a Cape Fear Valley Medical Center, where she was pronounced dead. The unborn baby did not survive. Keith Lewis was pronounced dead at the scene from an apparent self-inflicted gunshot wound.

WRAL reports that Tammy De Mirza, Sarah Lewis’ aunt, said the baby was due on Christmas Day. Sarah Lewis had her first two children during a previous marriage. She later married Keith Lewis and the pair had a daughter together, Callie, now 3.

Callie was found in the home uninjured on the night of the shooting.

De Mirza said she didn’t know of any domestic dispute issues between the pair, but said Keith Smith was on medication for post-traumatic stress disorder (PTSD). De Mirza has since learned that her niece had been in a relationship filled with domestic abuse for years.

“This guy had PTSD. This happened two-and-a-half years ago, the exact same scenario. From what I understand he drank, and when he drank, he lost it,” De Mirza said. “I’m finding out that she’s been in years of abuse.”

The Fayetteville Observer reports that Sgt. Jeremy Glass, a spokesman with the Fayetteville Police Department, confirmed that authorities were called to the Lewis home in 2016 for domestic disturbance issues.

“I’m just beyond disbelief. I had no idea that my niece was experiencing domestic violence,” De Mirza said.