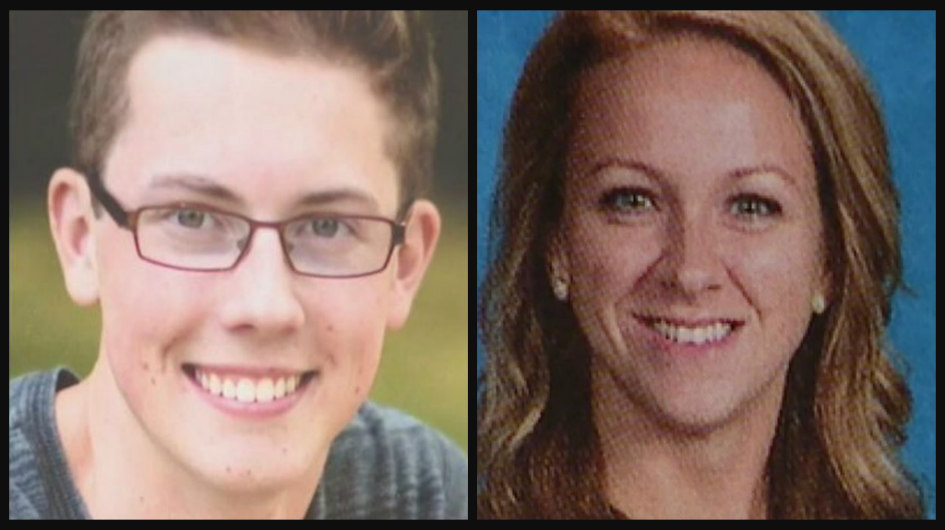 An alleged sexual assault victim is opening up publicly after his high school teacher reportedly assaulted him numerous times.

Fox 2 Detroit reports that Ryan Crue was in his junior year at Lake Orion High School in Lake Orion when a popular teacher, 28-year-old Kate Boozer, allegedly started showing interest in him. Crue reportedly said that he ended up having “some form of sexual intercourse” in 2014 with Boozer at least 100 times.

Boozer is also accused of writing Crue cards, buying him gifts, and communicating with him throughout the night.

During his senior year, Crue inexplicably and suddenly tried to withdraw from Boozer’s Spanish class. It alerted Crue’s mother, Nancy Hatalsky, who then set up a parent-teacher conference with Boozer.

“Being a teacher I know what conferences are supposed to be like,” Hatalsky, an educator of over three decades, said. “This from the get-go was red flags everywhere. She cried twice when we were with her.”

As additional meetings followed, details about the alleged sexual interactions began trickling out.

An investigation was initiated at the school, but nothing came of it after both Crue and Boozer denied anything happened. The school reportedly didn’t contact the police during its own investigation.

It took years for Hatalsky to get the full details, as her son refused to speak about it. Five years after the alleged incidents, Crue’s family contacted the Oakland County Sheriff’s Office and made a report.

Boozer, according to Lake Orion Schools, resigned in 2016. The school district indicated that it “promptly investigated” the situation. However, authorities said they were the ones that were supposed to do the investigating.

“I’m not going to speak for Lake Orion Schools as to why they didn’t call us at that time,” Undersheriff Mike McCabe told the outlet. “It’s my understanding they investigated, both parties denied it. So they didn’t call us. The statute says they need to call us. We are the ones, law enforcement determines whether it’s credible or not.”

During his early high school years, Crue was a stand-out student and a scholar-athlete on the varsity basketball team, his mother said. After his alleged relationship with Booker, Crue lost weight and began cutting himself.

“My life felt like it was spinning out of control,” he said. “I found control in unhealthy practices, self-harming, substance abuse. Things that don’t help anything but felt like at least I could control that aspect of my life at the time.”

The Oakland County Prosecutor’s Office reviewed the case in 2019 but ultimately didn’t pursue charges. Crue and his family are coming forward publicly in hopes that the case will get another look.

Boozer’s lawyer told Fox 2 that the matter has been settled, as far as they are concerned, after authorities cleared Boozer and declined to press charges. Boozer reportedly declined an on-air interview with the outlet.