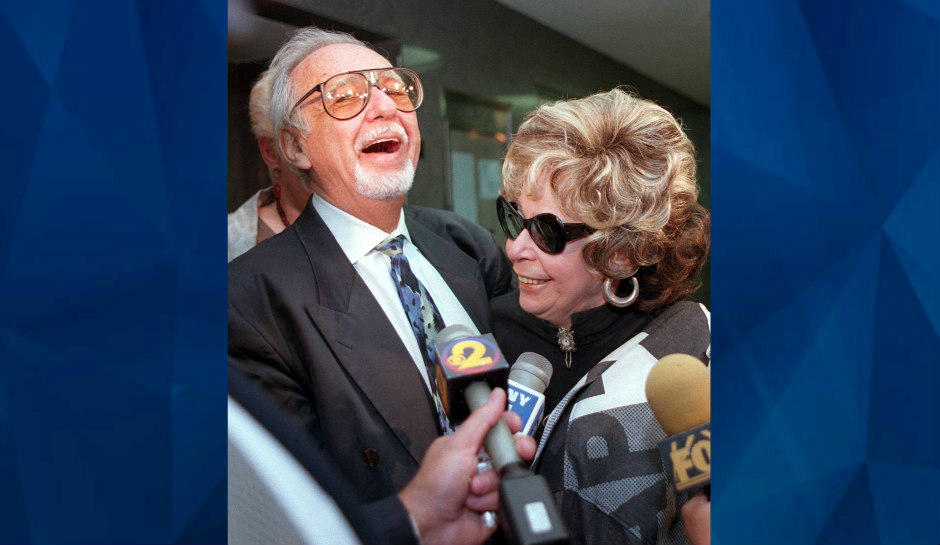 FROM THE GRAVE: Millionaire blinds girlfriend with lye, marries her, then dies & leaves entire $15M to helper!

A New York lawyer who became infamous for blinding a woman with lye and later marrying her has passed away, leaving his fortune to a caregiver.

According to MailOnline, Burt Pugach was convicted in 1959 after he hired three people to brutally attack 21-year-old Linda Riss once he learned she was engaged to someone else. After spending 14 years in prison, Pugach convinced Riss to marry him.

Riss passed away in 2013, followed by Pugach’s death on Christmas Eve 2020. He reportedly left $15 million to his younger caregiver, Shamin ‘Sheila’ Frawley, 52, who he lived with before he passed away. The funds, however, were frozen after three of Pugach’s friends accused Frawley of fraudulently coercing Pugach to change his will.

Court documents reportedly indicate that Frawley withheld Pugach’s medicine and food until he passed away. Several plaintiffs in the case maintain that Pugach was supposed to leave them a portion of his estate, but the new will didn’t include them after Frawley allegedly convinced him to give her the majority of his funds.

Pugach changed his will numerous times, friends said, but always left the bulk of his estate to the Burton and Linda Pugach Charitable Foundation, an organization that assists the visually-impaired.

At the time of his death, the foundation was left with nothing.

“Burt lived his entire life for Linda. I cannot imagine that under any circumstances, as incapacitated as he was, that he would even think to cut out the foundation,” Pugach’s lawyer, Peter S. Thomas, told MailOnline.

“She convinced Burt to swing more than $15m from the estate to her in a new will drafted by a new attorney.”

A temporary injunction has now stopped Frawley from withdrawing the funds.

New York State Supreme Court Judge Joseph Risi will preside over the case, scheduled for January 13. The plaintiffs are asking for $15 million in damages.