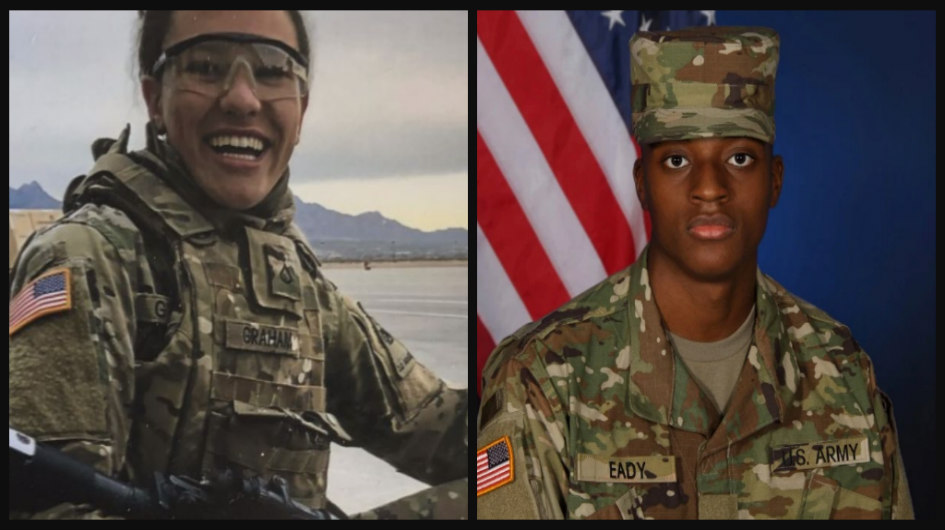 A decorated Fort Bliss soldier was found dead in Converse, Texas, while on holiday leave, according to officials.

ABC 7 reports that emergency personnel for the city of Converse found Pfc. Nylyn O. Eady, 19, deceased on January 4. Eady was an intelligence analyst with the 1st Armored Brigade Combat Team.

The soldier’s death is still under investigation with the city, according to a military spokesperson. The city of Converse has jurisdiction over the case.

“The Ready First family mourns the loss of our friend, teammate, and fellow soldier, Pfc. Eady. We extend our heartfelt condolences to his family and loved ones, “ Col. Stephen A. Fairless, Commander of 1st Armored Brigade Combat Team, said.

“Pfc. Nylyn Eady made a lasting, positive impact upon the entire 16th Engineer Battalion and his loss is felt across our Brigade. He served his Nation with dignity and respect; we will honor his service and his memory.”

Little else is known about Eady’s death, as authorities are in the early stages of the investigation.

Eady was the recipient of several awards and decorations, including the National Defense Medal, Global War on Terrorism Service Medal, and Army Service Ribbon.

Graham reportedly told family members that she was raped in December 2019, the first month she arrived at Fort Bliss. According to Fort Bliss officials, Graham made a report about the incident in June 2020, which resulted in charges. However, the charges are still pending.

“Charges were preferred against the alleged offender on October 22, 2020, which includes one specification of sexual assault pertaining to Pfc. Graham, those charges are pending adjudication,” Fort Bliss officials wrote in an email statement.

No foul play is suspected in Graham’s death but an official cause of death has not been released.