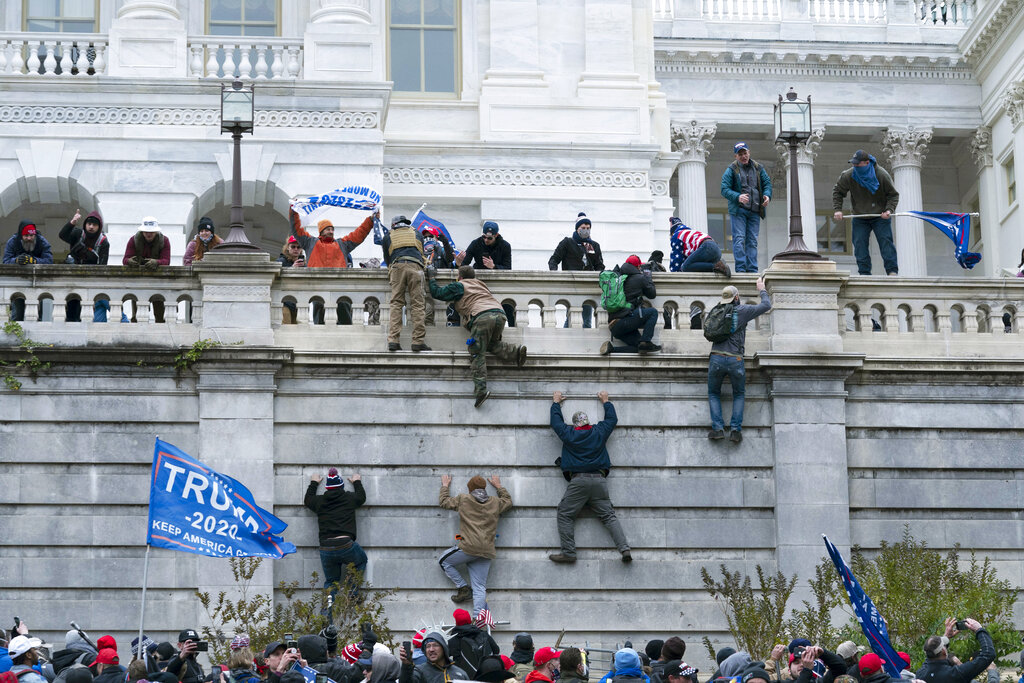 A man who had been charged in the breach of the U.S. Capitol last week died on Saturday at his home in Georgia.

According to 11 Alive, Christopher Stanton Georgia died Saturday at his home in Alpharetta, three days after he was arrested in Washington, D.C. Police documents obtained by the news station show that Georgia was arrested after 7 p.m. on Wednesday, when he was among a group of people “outside” after the 6 p.m. curfew, and refused to disperse following repeated police commands.

It is unclear exactly where the group was when they were arrested.

The Fulton County medical examiner reportedly determined that Georgia died of suicide, having himself in the chest.

According to police documents obtained by DailyMail.com, Georgia’s wife called 911 on Saturday morning to report the emergency and said there was “blood everywhere.” First responders reportedly found Georgia in the basement of the home.

Police removed two semi-automatic rifles from the home, according to the report. Authorities are investigating his death.