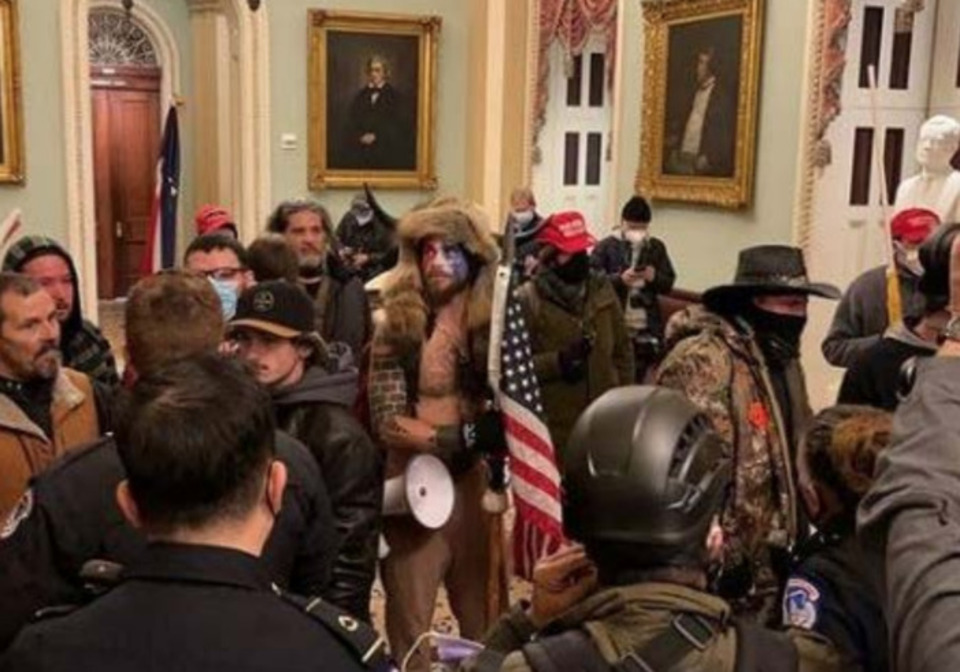 A Trump supporter arrested for his participation in the attack on the U.S. Capitol last week has demanded a special diet while in jail.

According to court documents obtained by the Daily Mail, 32-year-old Jake Angeli, whose legal name is Jake Chansley, contacted authorities himself on Thursday, confirming he was the tattooed, shirtless man in a Viking hat seen in widely circulated photos taken from inside the Capitol after a mob of pro-Trump activists breached the building.

Angeli, known as the QAnon Shaman, was arrested and charged on Saturday with knowingly entering or remaining in any restricted building or grounds without lawful authority, and with violent entry and disorderly conduct on Capitol grounds, according to a report in Newsweek.

In an earlier interview with ABC 15, Angeli said he did not believe he did anything wrong, and was simply following the president’s orders.

“I’m not really all that worried about it because, in all honesty…I didn’t break any laws. I walked through open doors,” Angeli said.

On Monday, Angeli appeared before a judge in a Phoenix federal courtroom, where his attorney claimed that the suspect had not eaten since he was taken into custody. The lawyer said that Angeli adheres to a strict diet of only organic foods.

The judge agreed that Angeli’s diet restrictions should be accommodated, and David Gonzales, U.S. Marshal for the District of Arizona, told ABC 15 that authorities would follow the judge’s order.

Angeli’s mother Martha Chansley, who had previously said that her son is “one of the gentlest people I know,” told ABC 15 that her son could become ill if he was forced to eat non-organic food.

“He gets very sick if he doesn’t eat organic food—literally will get physically sick,” she said.