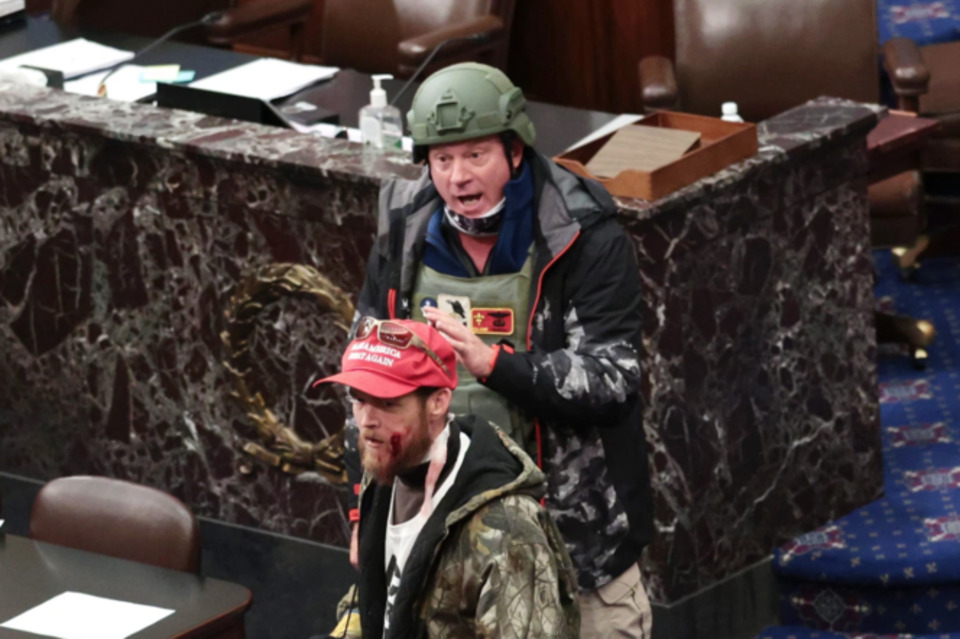 Ex-wife tips off Feds about husband’s attack on Capitol: Report

The ex-wife of a retired U.S. Air Force lieutenant turned him into federal authorities after seeing his photo among a trove of images released by D.C. Metro police in an attempt to identify suspects in last week’s U.S. Capitol breach.

According to documents obtained by the New York Post, the former wife of Larry Rendell Brock contacted the FBI National Threat Operations Center (NTOC) late last week to identify her ex-husband in photos of suspected rioters. One of the photos shows the suspect in the Senate chamber wearing a military-style uniform and holding zip ties.

“I just know that when I saw this was happening I was afraid he would be there,” the unidentified woman reportedly said. “I think you already know he was there. It is such a good picture of him and I recognize his patch.”

The couple reportedly divorced 18 years ago.

A second witness reportedly contacted the FBI with a tip that Brock, a Texas native and father of three, had planned to travel to Washington D.C. to storm the Capitol. According to an arrest affidavit, that witness said that Brock maintained ties with former Air Force colleagues, indicating that some of his military contacts were aware of his plans.

Brock was reportedly arrested on Sunday, after admitting in an interview with the New Yorker that he was the man in the photo. He reportedly told the magazine that he picked up the zip ties after arriving to Capitol, and did not have any violent intentions.

According to the report, Brock has been charged with with one count of violent entry and disorderly conduct on Capitol grounds and one count of knowingly entering or remaining in any restricted building or grounds without lawful authority.