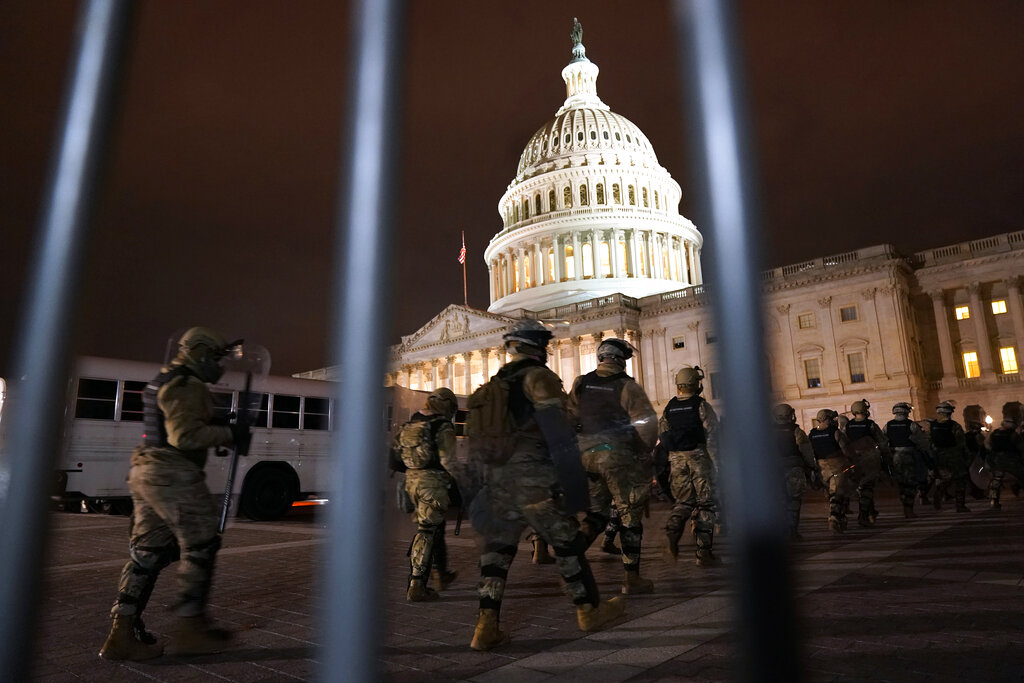 A Colorado man is accused of making violent threats in connection to the mob riot at the U.S. Capitol building last week.

The New York Post obtained court documents showing that Cleveland Grover Meredith, was arrested on Thursday in Washington D.C. after driving to participate in the protests, though he appears to have arrived late, and is not believed to be among a large group of Trump supporters who stormed the Capitol on January 6.

Meredith had multiple weapons and 2,500 rounds of ammunition in his truck, and sent messages about his plans during the drive.

“I predict that within the next 12 days, many in our country will die,” he reportedly wrote in one message.

Meredith is also accused of assaulting an unidentified man in Washington D.C. on January 7.

The suspect “head-butted the complainant, knocked him to the ground, and assaulted him on the ground,” federal prosecutors wrote in court documents obtained by the New York Post.

According to the documents, Meredith also made specific threats against House Speaker Nancy Pelosi and Washington D.C. Mayor, saying that he hoped to shoot them both.

“Thinking about heading over to Pelosi C***’s speech and putting a bullet in her noggin on Live TV [purple devil emoji],” one message read, according to 11 Alive.

The messages reportedly indicate that Meredith thought the communications were being intercepted by federal investigators.

“I hope you’re reading this Mr. FBI agent FK U,” he wrote in one messages, according to the report.

“You get that one Mr. Marxist FBI Agent?” he wrote in another message. “Go FK yourself.”

According to the 11 Alive report, Meredith has ties to Georgia and was banned from his former elementary school campus in 2019, due to threats of violence he made decades after he graduated from the school.

The report does not specify the nature of the threats.

Federal prosecutors have asked that Meredith be denied bail, arguing that he represents a danger to the community.