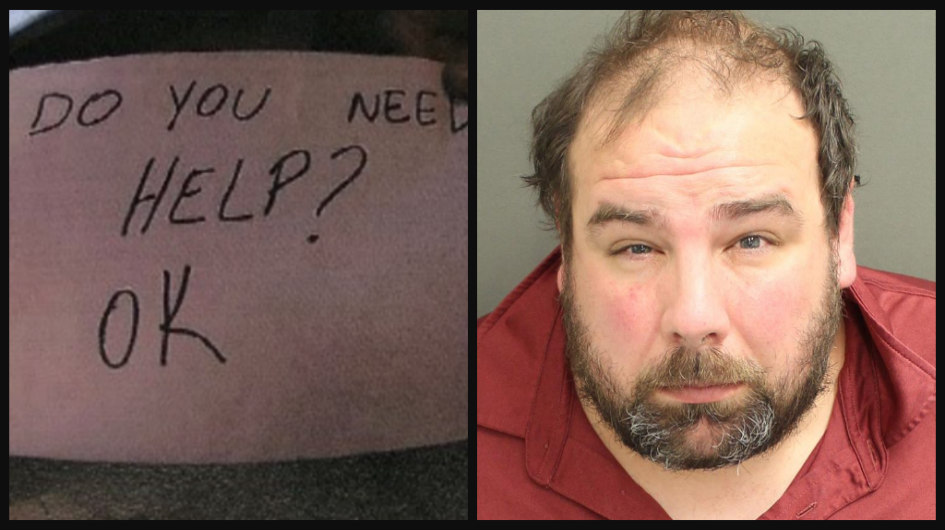 ‘He threatened me daily’: Ex-wife opens up after man’s arrest when server spots severely abused boy in restaurant

The former wife of a man arrested earlier this month for allegedly abusing his stepson opened up after she heard the news about his arrest.

In an interview with DailyMailTV, Amanda Powell said she ended her marriage with Timothy Wilson II because he wouldn’t stop beating her children.

As CrimeOnline previously reported, an incident that happened on New Year’s Day at a Mrs. Potato restaurant in Orlando sparked nationwide concern. According to authorities, a man and an 11-year-old boy sat down at a table in the restaurant when server Flavaine Carvalho noticed bruises on the child’s face.

Carvalho said that the man, identified as Wilson, wouldn’t allow the child to place an order. Sensing the child may be in danger, Cavalho wrote, “Do you need help?” on a piece of paper and held it up for the boy to see, while standing behind Wilson. After the boy nodded, the store owner contacted the police.

Investigators said the child drew back in pain when they asked him to roll up his shirt sleeves. Bruises covered nearly most of his body.

“This could have been a homicide situation if she [the server] had not have intervened,” Orlando Police Chief Orlando Rolon previously said.

Powell said that the last time she lived with Wilson was in Washington, while he was stationed there for military duty. During that time, according to Powell, Wilson would routinely hit her children.

“He seemed really nice at first and I couldn’t tell that he was mistreating them until it just got really controlling and he started whooping them,” Powell told DailyMailTV.

“I told him I didn’t agree with it because he wasn’t their father and I kept telling him and telling him they were too little. They were two and four, they needed a time out or something like that, not a whooping.”

Howell added that not only did Wilson abuse her children, but he also wouldn’t let her use the family car or hang out with other military wives.

“He threatened me daily. There was a time he hit me and tried to choke me.”

When Wilson started hitting the children with a belt, Howell got in a physical altercation with him, an altercation that resulted in her being taken to jail.

“I told him if he did it again he was going to regret it and he went to whoop them again,” Powell said. “So when he came back I broke his nose with the glass top of a jewelry box.”

“I had scratches and scrapes where we had been tussling. When the military police showed up they defended him and I went straight to jail.”

Powell said she ultimately took the children and moved back to her home state of Alabama. When she heard about Wilson on the news, it reminded her of the abuse that she and her own children endured.

“When you marry someone, you take their kids in, you don’t treat them like they’re different.”

Investigators interviewed the boy’s mother, Kristen Swann, who allegedly said that she knew her child was being abused but didn’t intervene. She was arrested and charged with child neglect.

The suspects were staying in an extended stay hotel, according to police. They had just recently moved to the area.