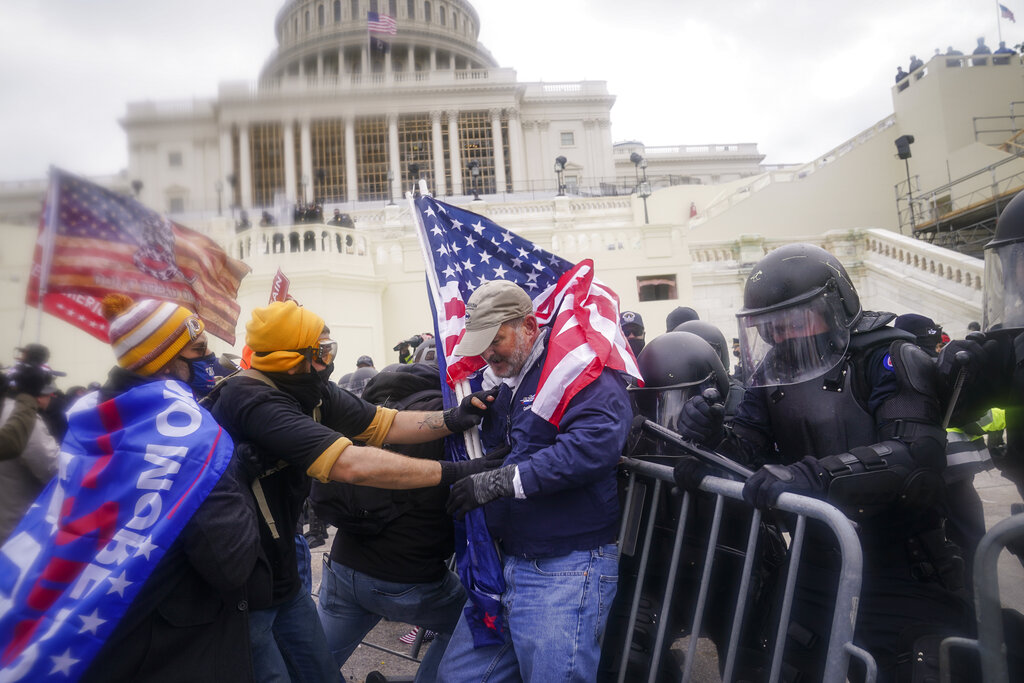 ‘Traitors get shot’: Capitol riot suspect threatened to shoot his own children if they turned him in

A Texas man who has been arrested in connection to the U.S. Capitol mob riot earlier this month allegedly threatened his own children after realizing he was under investigation.

According to an arrest affidavit obtained by the Washington Post, Guy Reffitt returned to his home in Wylie, Texas, the weekend after the January 6 mob riot and told his family he had “stormed the Capitol.” Reffitt’s son reportedly told FBI agents that his father was carrying an AR-15 rifle and a Smith & Wesson pistol when he returned from D.C., and had told his family he was armed at the time of the insurrection. Reffitt also told his family he had recorded the events on his GoPro camera.

By January 11, Reffitt became aware that the FBI was looking for him, according to the report. At that point he told his children to “erase everything,” and threatened his son against turning him in.

According to the affidavit, Reffitt’s told agents that his father warned him that if he contacted authorities, “Reffitt would have no option but to do Reffitt’s duty for Reffitt’s country, and ‘do what he had to do.'”

“If you turn me in, you’re a traitor and you know what happens to traitors … traitors get shot,” Reffitt told his children, according to affidavit notes of his wife’s interview with law enforcement agents.

The father also threatened to “put a bullet through” his daughter’s phone is she tried to record him or posted anything about his participation in the riot on social media, according to the affidavit obtained by the Washington Post.

Investigators reportedly believe they have images of Reffitt at the Capitol riot, though he reportedly told police he attended the protest but did not go inside the building. Cell phone data placed him at the Capitol on January 6.

Reffitt was ultimately apprehended on Saturday, though the circumstances of his arrest are not yet known. He has been charged with unlawful entry into the Capitol, and in connection to the alleged threats against his family, obstruction of justice. It is not clear if or where he is custody or when he is due in federal court.

Authorities reportedly believe that Reffitt, an oil worker, has ties to multiple militias and right-wing extremist groups. His wife reportedly told FBI agents that he was “super passionate,” but did not believe he would do anything violent. Reffit’s son reportedly told KXAS that his father had become obsessed with politics during the Trump administration and believed the false claims that the 2020 election was stolen from the outgoing president.

“I don’t really know him anymore,” the son said of his father. “I love him, but I hate him.”

[Feature image: Rioters try to break through a police barrier at the Capitol in Washington. (AP Photo/John Minchillo, File)]