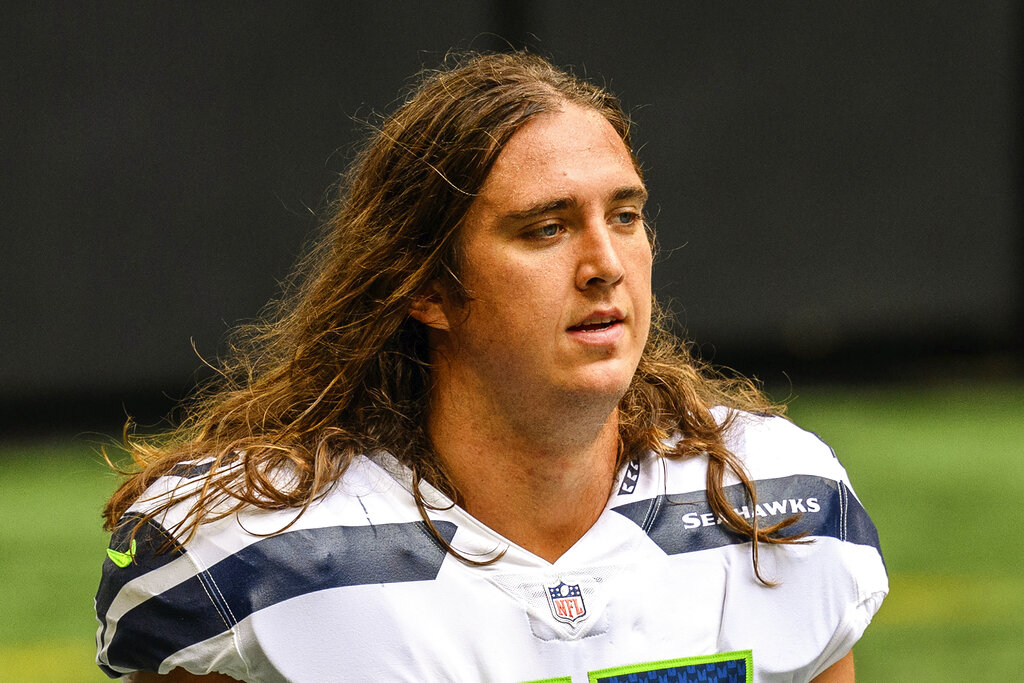 As CrimeOnline previously reported, Wheeler, who most recently played for the Seattle Seahawks and was set to be a free agent in the 2021 season, said on Twitter earlier this week that he was leaving the NFL as a result of “events” that he attributed to a manic episode. The victim, who CrimeOnline has chosen not to identify, reportedly told police that she believed Wheeler has bipolar disorder and was not taking medication at the time of the incident that began the night of January 22. Wheeler was booked into jail in the early morning hours of January 23, according to court records.

The victim reportedly told police that Wheeler had been in a “dark place” that Friday night, and had earlier shaved his head, which she said was alarming. At an apartment in Kent, Washington, where the pair reportedly lived together, Wheeler allegedly demanded that the woman “bow” to him, and became violent when she did not acquiesce.

CrimeOnline obtained charging documents from the King County Prosecuting Attorney’s office that reveal previously unreported details about the alleged assault, and that raise further questions about the conditions of Wheeler’s release.

“At one point, the defendant forced his fingers into the victim’s mouth and down her throat, and then crushed his hand down over her nose and mouth, all while continuing to squeeze her throat with his other hand,” prosecutors wrote.

The victim lost consciousness and briefly regained it, at which time Wheeler allegedly “strangled her back into unconsciousness.” The documents indicate they were both on a bed at this time. When the victim regained consciousness and  tried to roll away, Wheeler “violently grab[bed] her right arm and rip[ped] her body back toward him.”

The documents indicate that the victim may have lost consciousness once again, and when she awoke, “observed the defendant come back into the [bedroom] and calmly, with surprise, remark ‘oh, you’re alive,'” prosecutors wrote.

The victim then fled to a bathroom, where she sent text messages to friends and relatives, as well as Wheeler’s father, asking them to call 911 because she did not want Wheeler to hear her calling for help. Wheeler was reportedly pacing around the living room at that time, and the victim could hear Wheeler’s father over speakerphone, asking his son what was going on. “Just chillin,'” Wheeler replied, according to the charging documents.

Police officers arrived to the residence, at which point Wheeler allegedly barricaded the victim in the bathroom. Responding officers heard her screaming and forced their way into the apartment, prosecutors wrote. The officers successfully separated Wheeler from the victim, but “the defendant refused to follow any of the officers’ commands.

“Standing at 6’7″ and 310 pounds, the defendant responded by tensing his muscles and refusing to allow himself to be detained, moved, or in any way controlled. At least one Taser application was made directly to his body, with little effect.”

The charging documents do not specify how police officers were ultimately able to detain Wheeler, though earlier reports indicated they subdued him with a Taser.

As CrimeOnline previously reported, the victim suffered numerous injuries, including a broken arm and a dislocated shoulder, as well as swelling and cuts on her face, which investigators believe may have been sustained when she was unconscious. Additionally, the victim had lesions on her neck in the shape of fingerprints. The charging documents also state that a chest scan revealed opacities in her lung, indicating she had aspirated fluid. “Over the next day, she vomited large amounts of blood,” prosecutors wrote.

It is unclear if the victim remains hospitalized. On Tuesday, Wheeler was released on $400,000 bail, $100,000 less than prosecutors requested. Prosecutors also requested that Wheeler be fitted with a GPS monitor, but it does not appear that the defendant is wearing an ankle monitor at this time, and it is unclear where he is located.

“The issue of electronic home detention with GPS monitoring is expected to be addressed by a judge at Mr. Wheeler’s arraignment, which is the standard procedure with such requests,” Casey McNerthney, a spokesperson for the King County Prosecuting Attorney’s Office, wrote in an email to reporters.

In response to a request about a booking photo, a Kent public records administrator said that Kent police normally do not release mugshots, “unless you are asking for your own booking photo or you can prove you are the person’s representative.”

Wheeler is expected to enter a plea on Monday when he is arraigned at Maleng Regional Justice Center in Kent.