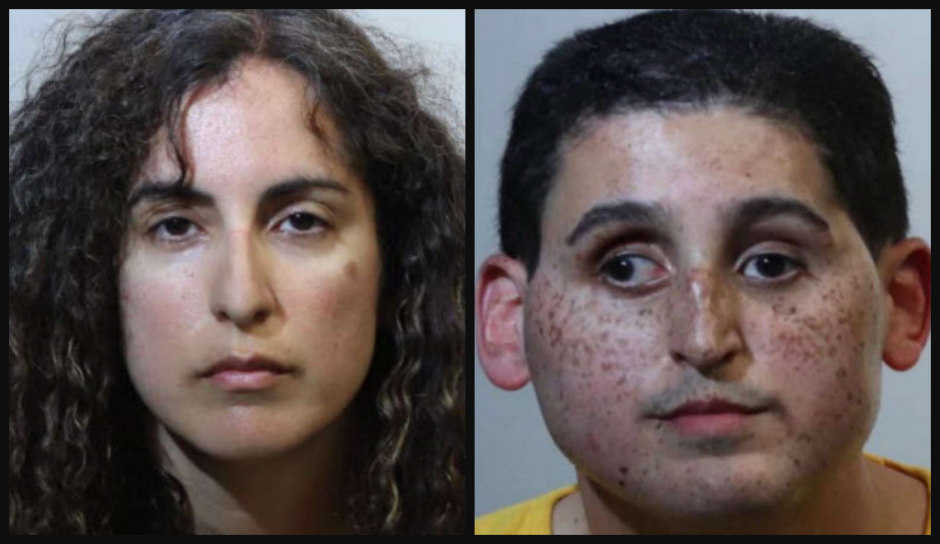 Husband of children’s book author accused of torturing children says his wife beat him, locked him up for intervening

A Florida husband accused of abusing his children says that he tried to intervene when his wife was doling out punishment, but she ended up punishing him as well.

According to court documents, the couple adopted three children, all under the age of 12, and all three were subject to physical and emotional abuse. One of the children remains hospitalized in serious condition.

On January 1, Joseph Wolfthal arrived at a local hospital in Seminole County, with an 8-year-old child who had pneumonia, a staph infection, renal failure, liver failure, and sepsis. The child was also malnourished and had open wounds.

The father reportedly told police that the child had recently fallen on three different occasions and made her mouth bleed by “brushing her teeth too hard.” He allegedly claimed the girl hit her head on a desk during one of the falls and then hit her head on a toilet during another fall.

Investigators determined that the scenarios Wolfthal described were probably not true, given the severity of the child’s wounds. Authorities said they noticed red abrasions on the child’s neck and back, along with a severe lip laceration, black eyes, and a chipped tooth.

Joseph Wolfthal added that he wasn’t present during the child’s falls. He said his wife told him what happened since he worked 10-hour days as an engineer while she was in charge of disciplining the children.

He claimed that during one of the times he tried to intervene for the children’s sake, his wife punched him in the chest, knocking him down. On a different occasion, Jennifer Wolfthal allegedly locked her husband inside a laundry room as a “time out,” according to what Joseph Wolfthal told police.

Joseph added that he was afraid of his wife. According to the children, however, both Joseph and Jennifer Wolfthal participated in the ongoing abuse.

When questioned by staff at the Kids House Children’s Advocacy Center, an 11-year-old said she didn’t want to go back with her “not nice” adoptive parents who would spank her in the same spot until blood was drawn. She also said her adoptive parents told her she was being punished because “she could not stop sinning.”

Authorities said that the girl indicated several times that she did not want to back home to the Wolfthal couple.

Detectives learned that the couple routinely locked the kids inside their rooms for weeks and sometimes months, with little food and no showers or baths, according to the arrest report. Detectives said that when the children were fed, they were typically given “a mixture of bran flakes cereal, water and vegetable puree.”

The couple also poured cold water over the children while they were in bed, according to police. One of the children, a girl, told detectives she had to drink from the water to be able to breathe. The couple then left the children to sleep while cold and wet.

The children were reportedly so afraid of their adoptive parents that they would wet their beds at night instead of asking to use the restroom.

The 11-year-old reportedly said she hadn’t been around her siblings or adults in so long that she had to count in her head each day of the week to keep track. Seminole County detectives said that all three children hadn’t seen the outside in years.

When authorities searched the home, they found locks on the outside of the children’s bedrooms. A girl told detectives that sometimes she would spend all day and night writing “apology statements several hundred times” in her room.

Two of the children, the 11-year-old and a 9-year-old, said that Joseph Wolfthal would also watch his wife as she hit them, but never did anything to stop the abuse. The 11-year-old said she once asked her father for a bandage to cover her wounds, but he refused. The 8-year-old has not yet been interviewed, due to her current medical condition.

The couple used a private adoption agency in 2014 to adopt the children.

Jennifer Wolfthal initially bailed out of jail but was arrested again Thursday on three new charges of false imprisonment. She remains behind bars without bail. Joseph Wolfthal posted the $45,000 bond on Tuesday and has since been released.

“We were made aware of horrific news regarding one-time, Clavis’ author Jennifer Wolfthal’s arrest and strongly condemn child abuse, abandonment and neglect, today and always,” a statement from the publishing company said. “We will do what’s within our power to cease commercialization of her book further.”

According to her Amazon profile, Jennifer Wolfthal was previously a fourth-grade teacher in the Florida Public Schools system.

The couple is now in the process of a divorce. Joseph Wolfthal is asking for full custody of the children.