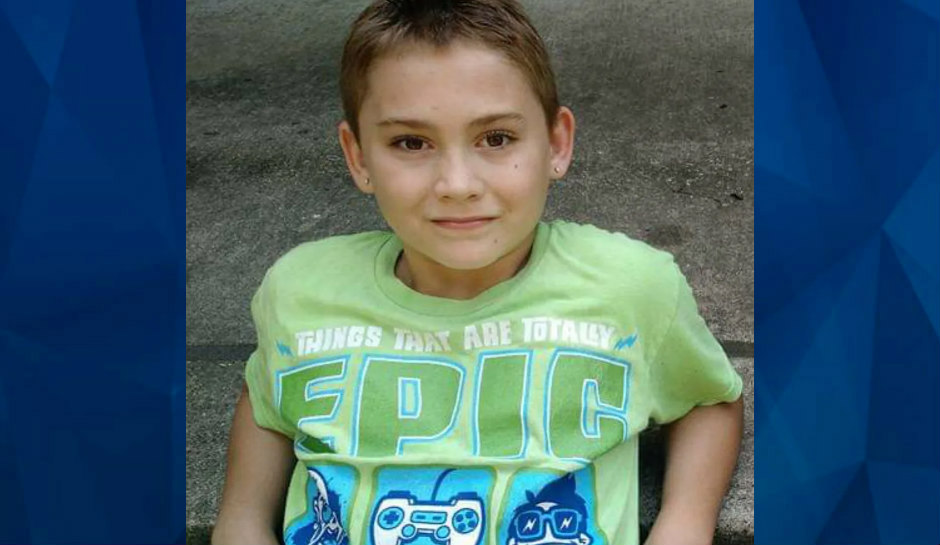 ‘Go and die in the woods’: Teen aunt convicted in death of tortured boy agrees to testify against her abusive parents: DA

A teenager who participated in the torture of a young boy who died from abuse has agreed to testify against her own parents.

As CrimeOnline previously reported, authorities found James Hurley, 12, dead on February 3, 2020, at his home in West Yellowstone, Montana. Authorities said he was beaten and left to die on the living room floor.

Hurley’s aunt, 19-year-old Madison Sasser, has been convicted of felony aggravated kidnapping in connection with the case. She took a plea deal, approved by the prosecution, which will drop homicide charges against her in return for testifying against her parents.

As part of the ongoing alleged abuse before Hurley died, Batts allegedly made the boy sit in front of fans half-naked while she sprayed him with water. Hurley was also forced to perform jumping jacks and so-called “wall sits.”

When questioned by investigators, Batts claimed that Hurley “drove her nuts.” She allegedly added that the boy’s behavior became “increasingly problematic” after his father passed.

Hurley’s father, Tommy Tate, died in 2018. Hurley, who was living with his dad, was then sent to live with his grandparents. The victim’s mother was living in Texas at the time.

In other videos, Batts is allegedly seen strangling Hurley and holding him against a wall. One video apparently showed Batts twisting one of the boy’s arms behind his back.

Madison Sasser, who helped hold James down while he was being abused, told a boyfriend that her nephew was akin to “a piece of (crap) off of my f***ing shoe” and wanted him to “go and die in the woods.”

The family claimed that Hurley rammed his head into an entertainment center, causing a deep gash. They said they had to take turns staying up at night to watch over Hurley because he was allegedly suicidal.

Sasser III said he woke up on January 27, 2020, to find James standing over Batts with a knife. Sasser III admitted that he subsequently “beat the boy up pretty good.”

On February 2, 2020, Sasser III and James got into another physical altercation. Madison Sasser would later text a friend and claim “she thought her brother killed” James.

The grandmother told investigators she allowed her kids to punish Hurley when she wasn’t around, but that she did not know what kind of punishments were being inflicted. She claimed to have told her son that striking Hurley with a paddle was not OK – after it happened.

Batts’ husband reportedly said in an interview with police that he believed the punishments were too much and that he was trying to divorce his wife and move out of the home. He claimed that he wanted to raise the children without her.

An autopsy determined that Hurley died from trauma to the back of his head. Batts told investigators that Hurley slept on the living room floor and was moaning and mumbling before she found him dead the next morning.

Authorities alleged that nobody in the home sought medical attention for Hurley before his death.

Madison Sasser’s lawyer, Elisabeth Montoya, told the court that her client grew up in an abusive household, where the children lived in fear of their parents.

Montoya added that Madison Sasser lived with “a family that resorted to and normalized violence, torture, intimidation, and fear in their kids.”

“Alex was the enemy. And Madison’s parents were the generals. And the other kids in the household … were soldiers,” Montoya said, according to the Bozeman Daily Chronicle.

“Madison will live every day with the wounds that her family caused to her, her siblings, and, ultimately and most severely, to Alex.”