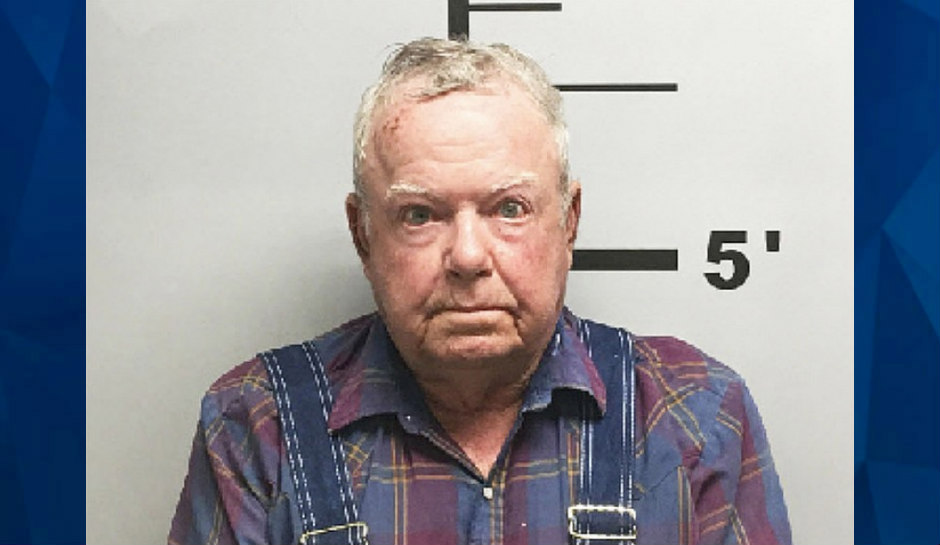 An Arkansas man pleaded guilty Monday to leaving numerous dead animal’s on a former neighbor’s gravestone while dressed up in a woman’s wig.

CBS 27 reports that Joseph Stroud, 79, of Bentonville, was arrested last August after he was caught via a security camera wearing overalls and a woman’s wig while placing dead animals on the gravestone of Fred Allen McKinney, at the Pea Ridge Cemetery.

Stroud was charged with a felony count defacing objects of public respect but as part of a plea deal, his charge was reduced from a felony to a misdemeanor.

A probable cause statement indicated that McKinney’s granddaughter contacted police in July after noticing the dead animals. She told authorities that her grandfather had a farm next to Stroud’s and shared a boundary with them. The granddaughter said that the pair had never gotten along with each other.

The Democrat-Gazette reports that Stroud’s attorney, Alison Lee, provided the prosecution with documents that confirmed Stroud has vascular dementia. The prosecution accepted the plea deal based on the medical findings since Lee could have filed for a mental evaluation.

In addition to a one-year suspended sentence, Strout must pay the family $2,529 in victim restitution within 30 days. He also has to surrender his driver’s license, due to his medical diagnosis.

“They will have to replace the headstone because of the blood and guts,” deputy prosecutor Tyler Hawkins said. “It’s permanently stained.”

Stroud: “I done it for his behalf to show him the animals were still here and everything like that. He just enjoyed animals and that there was more of a … a beauty than flowers and stuff.”

Green: “If you were honoring him, why would you wear disguises and sneak in and out of the cemetery to put the dead animals on his grave?”

Stroud’s wife is buried at the same cemetery. Green said that Stroud can go to the cemetery for visits, but only if accompanied by a family member.