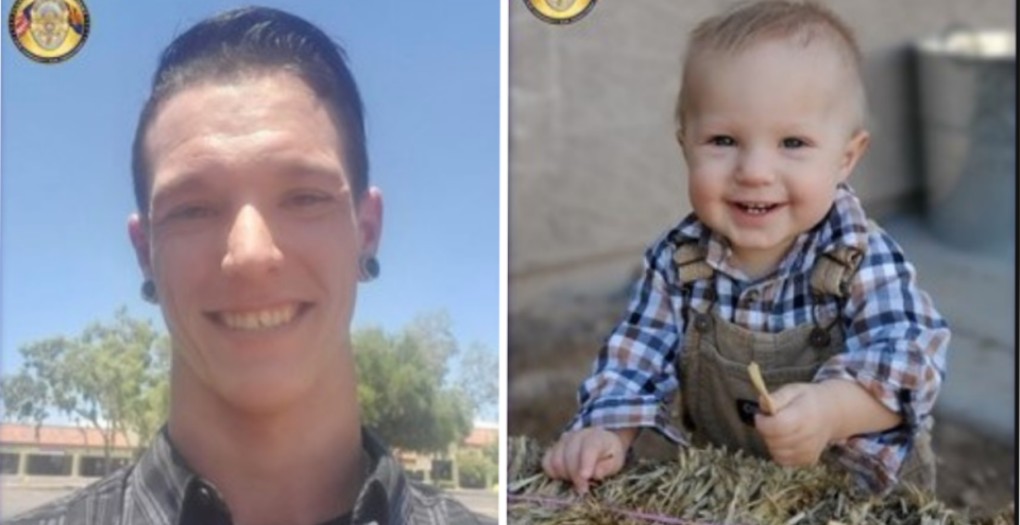 Authorities in Arizona are searching for a suspect in a dramatic kidnapping that lead to the death of the child’s mother and an AMBER Alert.

As AZFamily reports, 30-year-old Brittany Martie of Phoenix was loading her 10-month-old son Abel Maes into her car Tuesday evening when the boy’s father Eric Maes, who does not have custody of the boy, got into the driver’s seat and stole the vehicle with the child inside. Multiple witnesses called 911 to report seeing a woman hanging on to a moving car as the suspect sped away. The woman was eventually thrown from the vehicle, and emergency responders found her mortally injured.

Martie was taken to a nearby hospital, where she was pronounced dead.

Just before midnight, Peoria Police issued an AMBER Alert for Abel Mael and the suspect. The boy was found abandoned around 1 a.m. Authorities have not yet said where the boy was found or if he had any injuries.

According to the report, Eric Maes abandoned the vehicle and was last seen running with the infant near Cactus Road in Phoenix. He is still at large, and police have cautioned that he should be considered dangerous. Anyone who sees the suspect should call 911 and avoid approaching him.