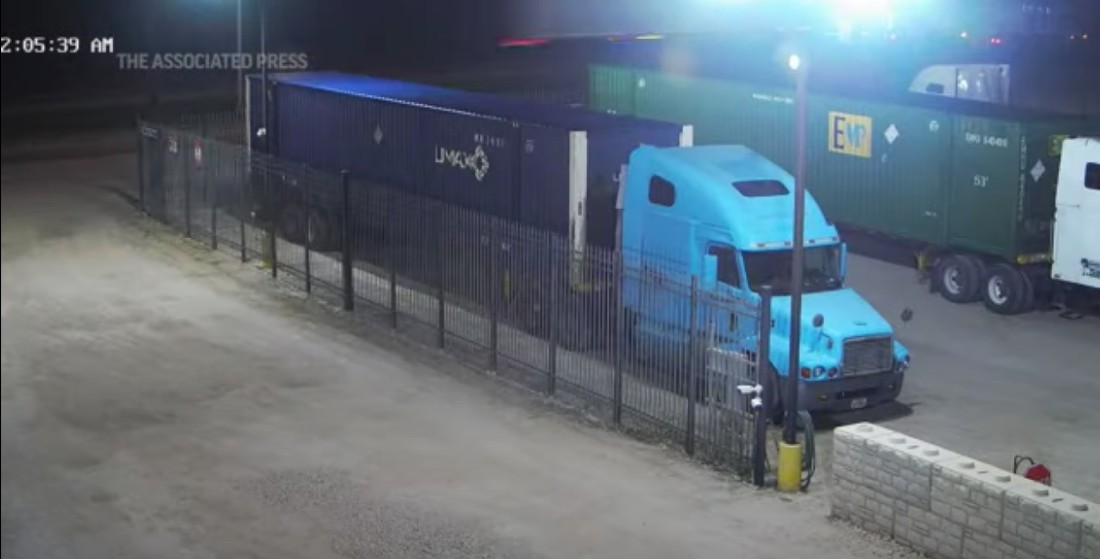 Authorities are investigating a possible human trafficking incident after a man called 911 pleading for help for dozens of people reportedly trapped inside a tanker truck.

The Associated Press obtained the recording of an emergency call made by an unidentified man, who reportedly said that about 80 people were inside a parked truck, packed together in a tank that the report states is sometimes used to carry hazardous materials.

The man, who spoke in Spanish, was calling from the area of San Antonio, Texas, but the report indicates he did not know exactly where the truck was. He reportedly told a dispatcher that the truck was white and that he could hear passing cars.

“We are dying in here,” the man says in the recording, according to the Associated Press. In the background, people can be heard screaming and gasping for air. The call dropped before dispatchers were able to get further information.

Bexar County sheriff Javier Salazar told the Associated Press that a deputy was able to trace the call to a business along Interstate 35 in the San Antonio area, and the business provided surveillance video showing a truck matching the caller’s description traveling with a black pickup truck. Both vehicles are stopped on the side of the highway and a person is seen walking between the tanker and the pickup.

Salazar told the news outlet that police are asking anyone who may have seen the vehicles after 10 p.m. on Monday to contact authorities. Beyond that, it is unclear if or how investigators are tracing the vehicle that was the subject of the emergency call.

Surveillance video footage released by the Associated Press shows two tanker trucks, one with a blue container and one with a green container.  The vehicle with the green tank has a white trailer. The video is time-stamped at just after 2 a.m. It is unclear if either of the vehicles are the truck investigators are searching for.

According to the report, San Antonio police refused to comment but confirmed they are investigating the incident, and said that had shared their information with the Department of Homeland Security. Homeland Security said in a statement obtained by the Associated Press that investigators are “looking into an incident along with local law enforcement partners regarding a possible human smuggling event.” The department declined to provide any further details.

“That is the kind of thing as a first responder you lose sleep over,” Salazar told the Associated Press. “You are just wondering ‘are there people that were dumped in our county and just waiting to be found?’”