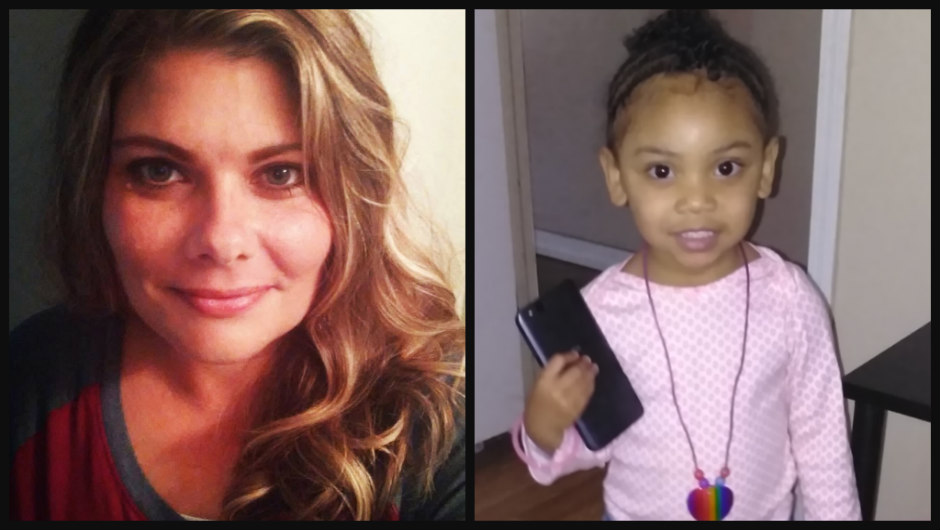 A convicted Oklahoma felon who reportedly admitted that he killed family members and a neighbor was denied bond on Tuesday.

The Oklahoman reports that Lawrence Paul Anderson has been arrested for the deaths of three people and the assault on another. According to police, Anderson killed his neighbor on February 9, then went to his home and killed his uncle and 4-year-old niece (pictured right). He allegedly stabbed his aunt in both eyes but she survived.

An agent with the Oklahoma State Bureau of Investigation wrote in an arrest warrant that after killing his neighbor (pictured left), he cut the woman’s heart out and force-fed it to his family.

“He took the heart back to 214 West Minnesota, Chickasha,” the agent said. “He cooked the heart with potatoes to feed to his family to release the demons.”

Chickasha police arrived at the scene after someone called 911 but hung up. Authorities traced the call back to Pye’s home. Officers forced their way into the residence when they heard someone inside crying out for help, police said.

Both Leon Pye and Kaeos were pronounced dead at the scene. First responders rushed Delsie Pye to the hospital after she was “maimed during the attack.” Police subsequently arrested Anderson.

On February 12, while in custody, Anderson allegedly admitted that he killed Blankenship. He reportedly told investigators that after walking to her house, he used his shoulder to break the back door open. He then stabbed Blankenship and “cut her heart out.”

Anderson walked back to his home with the heart, according to police, and tried to force his family to eat it. Afterward, he began the vicious attack on them, authorities said.

Police went to Blankenship’s home and found her mutilated body inside, according to The Washington Post.

“For me right now, it’s just like random bursts of sorrow, complete sadness that overtakes you,” Kaeos’ father, Taranzo Yates, told NBC 4. “My little soul is broken, my baby.”

Taranzo said he and his wife dropped Kaeos off with his parents, Leon and Delsie, on the day in question, so that they could run some errands. Later that night, authorities contacted the couple and told them the devastating news.

The incident has caused outrage among the community since Anderson is a convicted felon who was released from prison after the governor commuted his sentence to nine years. In 2017, he was sentenced to serve 20 years behind bars for drugs and gun charges.

Anderson ended up serving three years and was released from prison in January, although his parole officer noted at the time that Anderson “remains a threat to both society and himself.”

Grady County District Attorney Jason Hicks is pushing to address the issue of releasing violent felons. He condemned the parole board’s recommendation to let Anderson out and the governor’s commutation.

“I really think an offender such as this should have not ever been able to even apply for a commutation,” Hicks said.

“This has to be addressed by the Legislature, sooner rather than later, because more people are going to get killed.”

Hicks said the death penalty is definitely on the table in connection with Anderson’s case, but a final decision hasn’t yet been made.

Anderson is charged with three counts of murder, one count of assault with a deadly weapon, and one count of maiming.

“We have put politics and releasing inmates in front of public safety,” Hicks said. “The goal that we have set in Oklahoma is to decrease the prison population with no thought of public safety.”