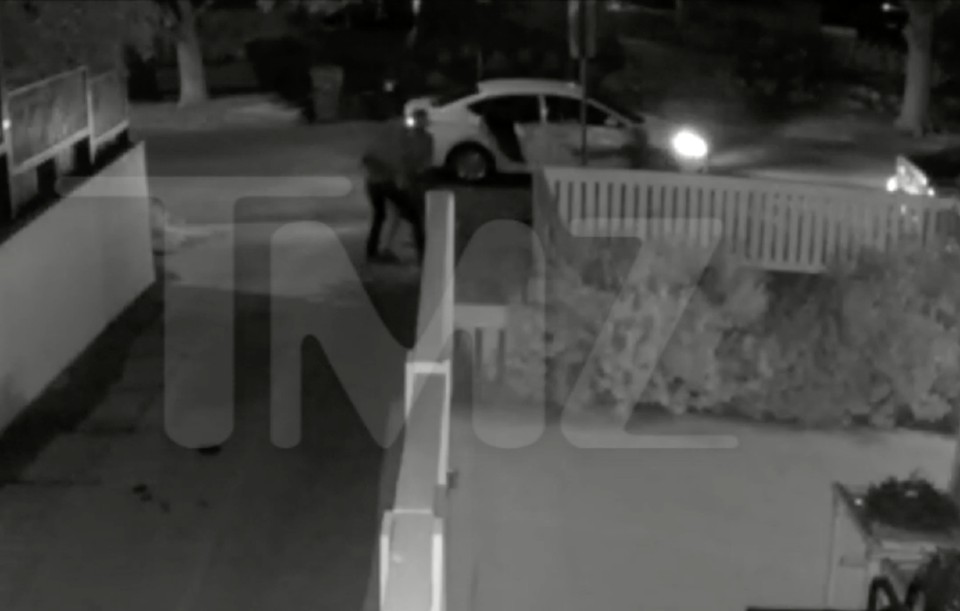 TMZ has obtained surveillance camera footage showing a disturbing scene as Lady Gaga’s dog walker was ambushed by gunmen who shot him before taking off with two French Bulldogs.

As CrimeOnline previously reported, Ryan Fischer was walking three dogs on Wednesday night when assailants shot him and stole two of the dogs. According to TMZ, the homeowner whose surveillance camera captured the incident shared the footage after Lady Gaga said she wanted to make it public, in order to help identify the suspects, who are still at large.

The disturbing video shows a white sedan pull up to a sidewalk where Fisher is walking with the three dogs. Two individuals get out of the vehicle and yell “give it up,” while an apparently stunned Fisher cries out for help.

During the struggle, one of the suspects shoots Fischer, reportedly in the chest, and he is seen collapsing while screaming he has been shot.

TMZ earlier reported that Fischer is expected to recover, though there have been conflicting reports on the seriousness of his injuries. It is unclear if he remains hospitalized Thursday.

As previously reported, Lady Gaga has offered a $500,000 reward for the safe return of her dogs. According to TMZ, she is currently in Rome, Italy.