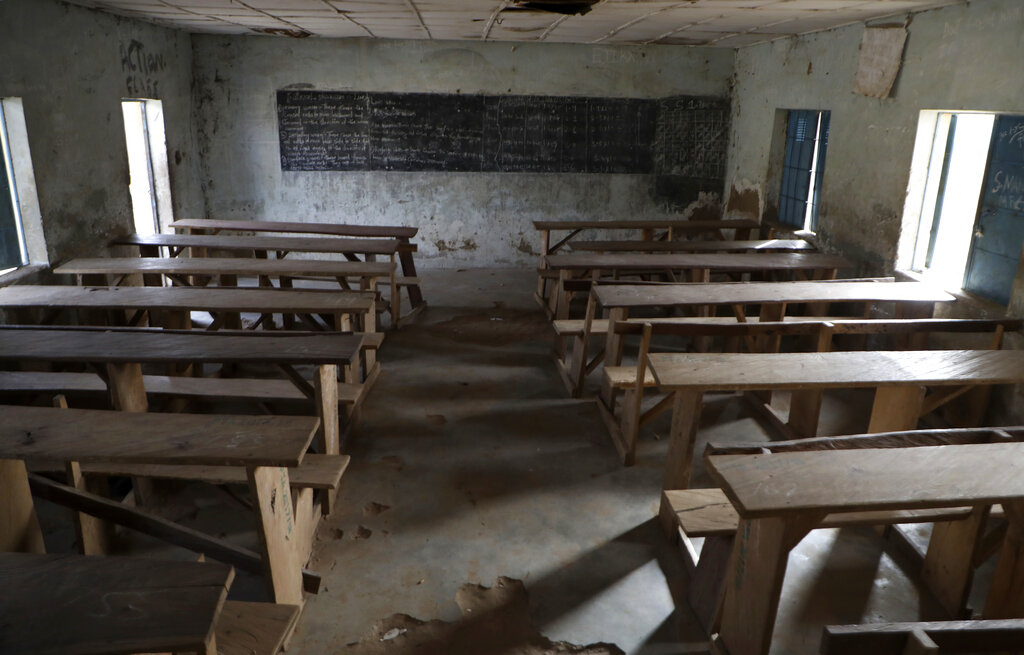 More than 300 girls vanished in a suspect mass abduction at a school in Nigeria.

As the Washington Post reports, an unknown number of gunmen traveling in in pickup trucks raided the Government Girls Secondary School in the town of  town of Jangebe before sunrise on Friday.

A witness who is also the guardian of one of the missing girls told the newspaper that the suspects fired their guns into the air as they stormed the school, waking neighbors.

“We could hear the helpless voices of the girls screaming amid the sounds of dangerous rifles,” Saidu Kwairo said.

Throughout Friday morning, the community reportedly tallied the number of missing girls to 317. N0 person or group has claimed responsibility for the attack, and the girls’ whereabouts are unknown.

According to the report, 40 people–including 27 students–were abducted from a boarding school in north-central Nigeria just over a week ago. All victims remain in captivity as Nigerian authorities are believed to be working with the abductors for their release.

As the report notes, group and mass kidnappings have become increasingly prevalent in Nigeria as bandits seek financial gain from ransom payments.

“Bandits have realized that the authorities cannot protect the people,” Isa Sanusi, spokesman for Amnesty International in the Nigerian capital, told the Washington Post, “That is lucrative. Ordinary people will give up all they have to save their families.”

“Kidnapping the children gets them worldwide publicity, and governments are always looking for a quick way of rescuing them. Ransom payments are one of the only options.”

The terrorist organization Boko Haram claimed responsibility for a mass abduction at a school in December, in which 300 students were kidnapped. According to the report, investigators do not yet know if the recent kidnappings are connected to the notorious terrorist group.