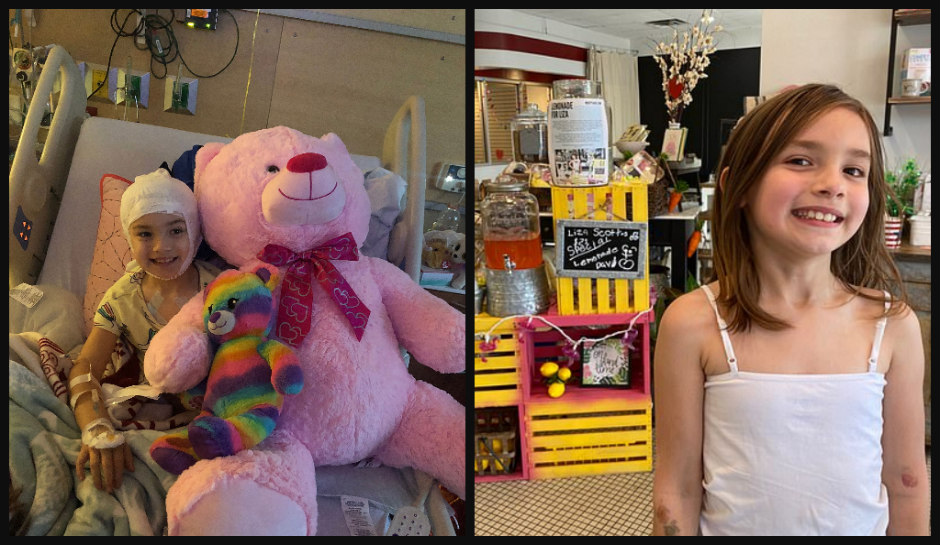 ‘I hope I make it’: 7-year-old daughter of single mom sells lemonade to raise money for her own brain surgeries

The 7-year-old daughter of a bakery owner in Alabama has been selling her own lemonade, in hopes of raising money for medical procedures that could save her life.

Fox News reports that single mom Elizabeth Scott is the co-owner of Savage’s Bakery in Homewood. The bakery sells a variety of cookies, cakes, pastries, and now, lemonade. Scott’s daughter, Liza, makes the lemonade herself, with a special mixture that’s not on the bakery’s regular menu.

Elizabeth Scott said that less than a month ago, her daughter began having grand mal seizures. A series of medical tests determined that Liza has “three cerebral malformations.”

“She has three cerebral malformations,” Elizabeth Scott said. “One is what they call a schizencephaly. So it’s a cleft in the frontal lobe in the right side of her brain, and we think that’s what’s causing the seizures.”

Liza is scheduled to undergo the first of several brain surgeries at Boston Children’s Hospital on March 8. She feels nervous, but her mother assured her she’s going to be fine.

Although Elizabeth Scott purchased additional insurance to help with her daughter’s medical expenses, the family has paid out close to $10,000 in out-of-pocket expenses.

“As a single mom and the financial supporter of both of my children, this is not something you can budget for,” Elizabeth Scott told the outlet.

In addition to selling lemonade, the family set up a fundraiser via the online charity site, “Mighty Cause.” The donations have surpassed the $75,000 goal.

Meanwhile, Elizabeth Scott said she’s leaning on her faith to get them through the ordeal, and praying for a positive outcome.

“You know, in the moments that I feel like I can’t breathe, or I’m awake in the night and I can’t sleep, I pray,” she said. “I’m on my hands and knees, literally, praying.”