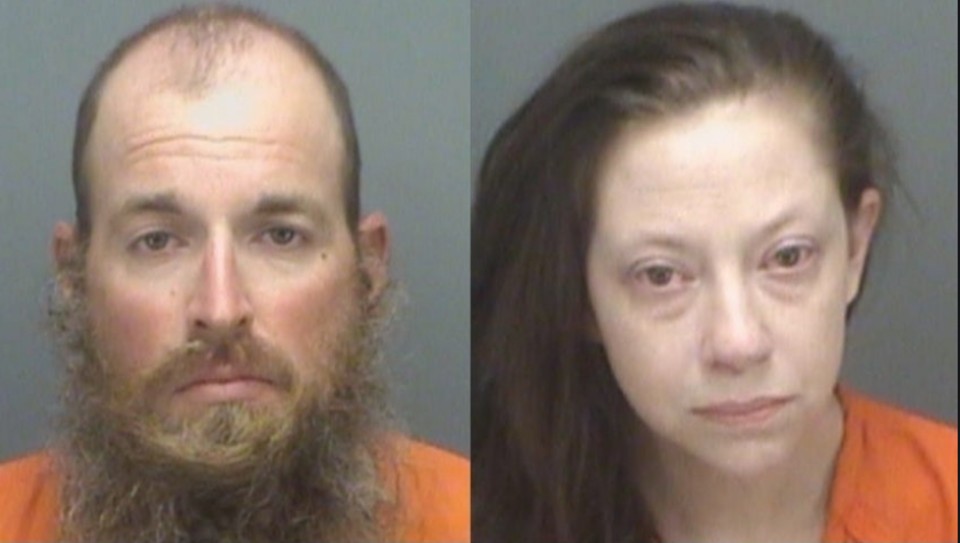 Ashley Ferguson told police that the children’s “primary source of food was milk.”

A Florida couple is in custody after a child died in their home and two other children were found so malnourished they could not walk or speak.

According to the Tampa Bay Times, Ashley Ferguson and Matthew Ferguson were booked on multiple child neglect charges Thursday after a child in their home was found dead. Ashley, 33, is also facing an aggravated manslaughter charge.

Police documents obtained by the newspaper show that sheriff’s deputies were dispatched to the couple’s Clearwater home on July 12, 2020, following a report of an unresponsive child. First responders discovered a lifeless child in a bed, and paramedics pronounced the child dead at the scene.

Two other children in the home reportedly showed signs of severe neglect: One could barely walk and the other had not been able to walk at all for weeks. Neither child was able to speak. Ashley Ferguson reportedly told investigators that the children’s “primary source of food was milk,” according to the report.

Authorities have not released the names or ages of the children, or confirmed their relationship to each other and the defendants.

Deputies reportedly observed that the children “had bedsores, diaper rash, severely matted hair, were unable to walk or bear any weight on their legs, and were also unable to speak.”  Investigators also learned that the children had not received medical care, and that Ashley Ferguson allegedly lied to her spouse about the children’s access to medical treatment.

According to the report, the surviving children were placed with relatives after receiving urgent medical interventions. Both children now require physical therapy and speech therapy. The report does not provide additional details about their conditions.

The child’s death was ruled a homicide, with chronic neglect as the cause of death.

It is unclear from the report why there appears to have been a delay in taking the suspects into custody. The sheriff’s office reportedly did not release the specific findings of the autopsy, including when it was completed.

Both defendants have reportedly been booked into the Pinella County Jail, Ashley Ferguson without bail. Matthew Ferguson’s bail has been set at $40,000.