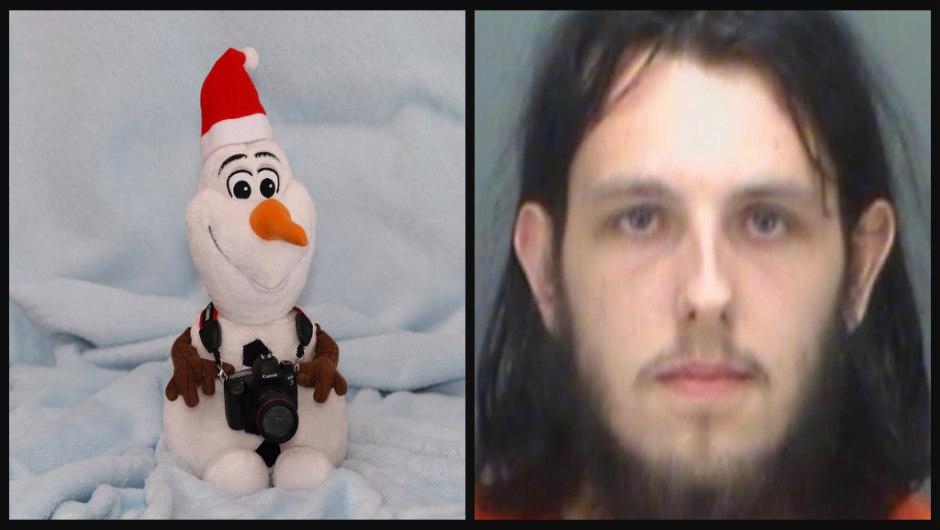 *WARNING*: Video may be disturbing to some viewers

A Florida judge ordered Tuesday for a man accused of sexually assaulting stuffed dolls in a St. Petersburg Target to undergo a psychological evaluation.

As CrimeOnline previously reported, 20-year-old Cody Meader is accused of “dry humping” an Olaf doll from the Disney movie “Frozen,” while inside a St. Petersburg Target store off of 31st Street, in October 2019. Witnesses who saw the alleged act contact authorities, while Target employees detained the man until officers with the St. Petersburg Police Department arrived.

According to the responding officers, witnesses said Meader ejaculated onto Olaf and when he was finished, he put the stuffed animal back on the shelf. He then allegedly grabbed a “large unicorn stuffed animal” and repeated the same act.

“ [Meader] took the unicorn and placed it against his penis and began a sexual motion like the subject was trying to have sex with the unicorn,” an employee who witnessed the act told investigators.

“The subject finished having sex with the stuffed animal and ejaculated on it and then wiped it off,” a police report read.

Meader was taken into custody and charged with criminal mischief. The police report stated that Meader admitted that he “nutted on Olaf.” The report also indicated that the responding officers spoke to Meader’s father, who said his son had a history of the same type of behavior.

The Smoking Gun reports that property damage to the products amounted to “$200 or less,” according to the arrest report the outlet obtained. Both of the tainted stuffed animals were cleared from the shelf and destroyed.

Meader appeared at a Circuit Court hearing Tuesday, where Judge Cathy Ann McKyton ordered him to undergo a psychological evaluation to determine if he’s competent to stand trial.

If the case goes to trial, prosecutors will likely introduce evidence that shows similar behavior by Meader in the past. According to the Clearwater Police Department, authorities were called to a Walmart store years earlier after Meader was allegedly caught “performing sexual acts with stuff animals located in the store.”

Meader is scheduled for his next court date in April.