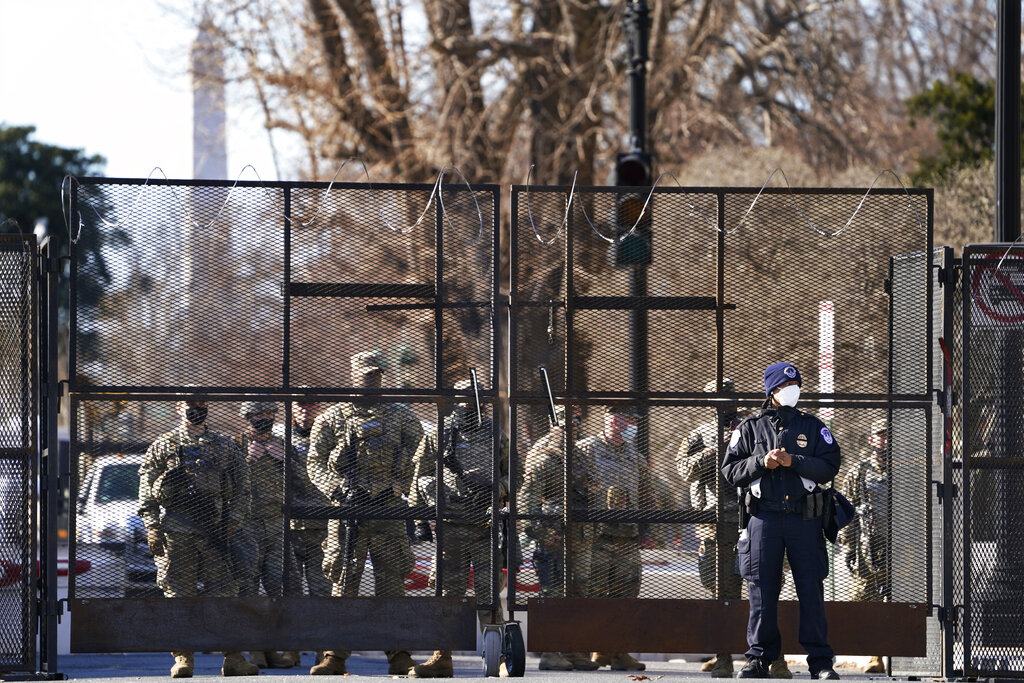 As WUSA9 reports, the unidentified National Guard member was found dead at the Marriott Hotel in Northwest D.C. early Thursday, after suffering an unspecified “medical emergency.” The man had been assigned to a detail to protect the U.S. Capitol building following the violent insurrection in January, but was not on duty at the time of his death.

According to the report, Metropolitan Police responded to a report of a death at the hotel sometime after midnight Thursday. Authorities have not yet released details about the circumstances of his death.

[Feature image: A policeman and National Guard stand guard at a security fence at the entrance to Pennsylvania Avenue ahead of President-elect Joe Biden’s inauguration ceremony, Tuesday, Jan. 19, 2021, in Washington. (AP Photo/John Minchillo)]