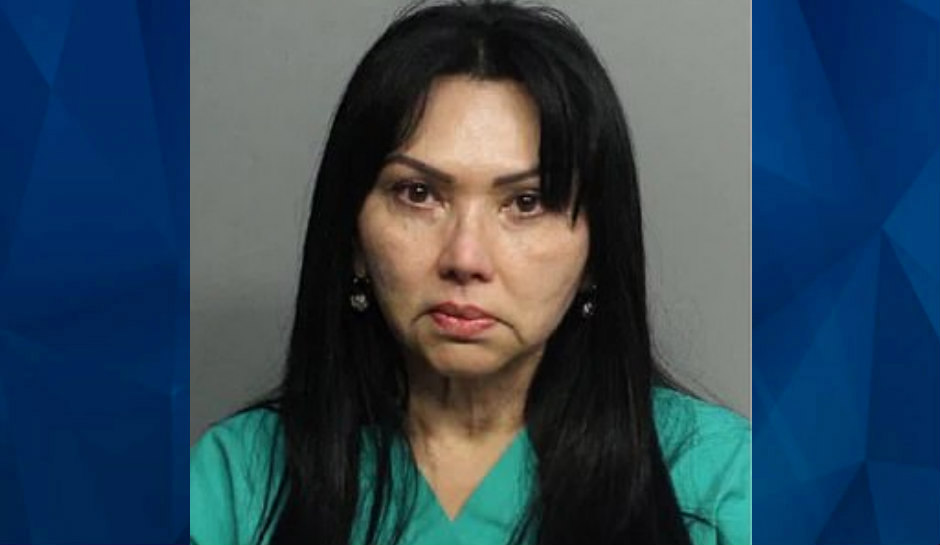 A Florida woman who allegedly pretended to be a plastic surgeon has been arrested after a man claimed she disfigured his face during a nose job session.

Tampa Bay Times reports that 56-year-old Alcalira Jimenez De Rodriguez was arrested on Thursday while she was in the middle of performing another surgery at the Millennium Anti-Aging and Surgery Center in Miami.

According to police, Vincenzo Zurlo visited the center on February 15, 2020, to get rhinoplasty surgery. Jimenez De Rodriguez reportedly performed the surgery, which left the patient with an unhealed and malformed nose. By May, when his nose still hadn’t healed, the patient contacted the center and received a second surgery.

When his nose remained malformed, Zurlo contacted Jimenez De Rodriguez and asked for her medical license number and her medical malpractice insurance information, which was never given to him.

An investigation into the incident began when Zurlo contacted authorities and the Florida Health Department. Investigators ultimately determined that Jimenez De Rodriguez was practicing without a license and arrested her. Authorities said the woman’s arm tensed up when they placed handcuffs on her.

Zurlo said he paid around paid $2,800 for two surgeries.

“I feel abused. I feel that somebody used me as a piece of meat, just because she decided that one day she would like to play a plastic surgeon,” Zurlo told he said to 7News Miami. “She pretended to be a doctor, but she was not.”

My nose wasn’t right. I had this lump close to the tip of my nose, and she was finding excuses. Then [she said] it was ‘liquid accumulated,’ but no, it was not. It was something that was wrong.”

Jimenez De Rodriguez was arrested and charged with practicing medicine without a license and resisting arrest. She was taken to the Miami-Dade County Jail, where a judge set her bond at $5,000.

The Millennium Anti-Aging and Surgery Center has since closed its doors permanently.