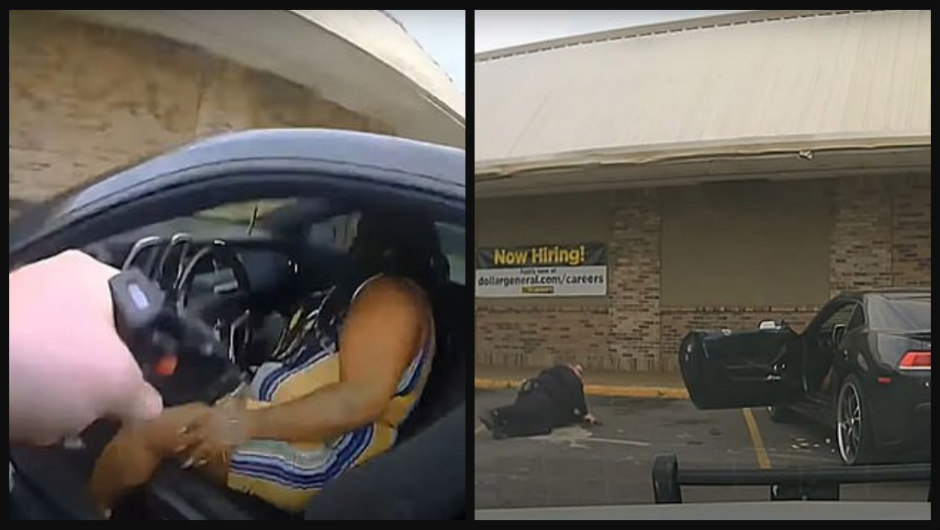 SEE IT: Woman in convicted felon’s car killed after she shoots cop at point-blank range

A Tennessee woman is dead after a brutal shootout with a police officer who pulled her over on Friday, near Brick Church Pike in Nashville.

ABC reports that Metro Nashville Police Officer Josh Baker pulled over a car registered to Demond Buchanan, 42, who had active warrants out for his arrest. A female, identified as Nika Holbert, 31, was driving the car. She pulled over and told Baker that she was the only one in the car.

At Baker’s request, Holbert got out of the vehicle and handed her bag over to him. Initially, Holbert cooperated and made a phone call while Baker searched her bag. When Baker found a white substance in a clear baggy, he attempted to arrest Holbert. She resisted and ran to the vehicle.

“Don’t put me in handcuffs! I haven’t done anything wrong!” Holbert screamed.

Officer Baker pulled out a Taser and deployed it, but Holbert reached for a gun, despite getting struck by the Taser.

Within seconds, Holbert fired, hitting Baker in the torso. Baker fired back several times but Holbert managed to drive away from the scene. She crashed the car shortly after and was taken to TriStar Skyline Medical Center, where she was pronounced dead.

Officer Baker is in stable condition after surgery.