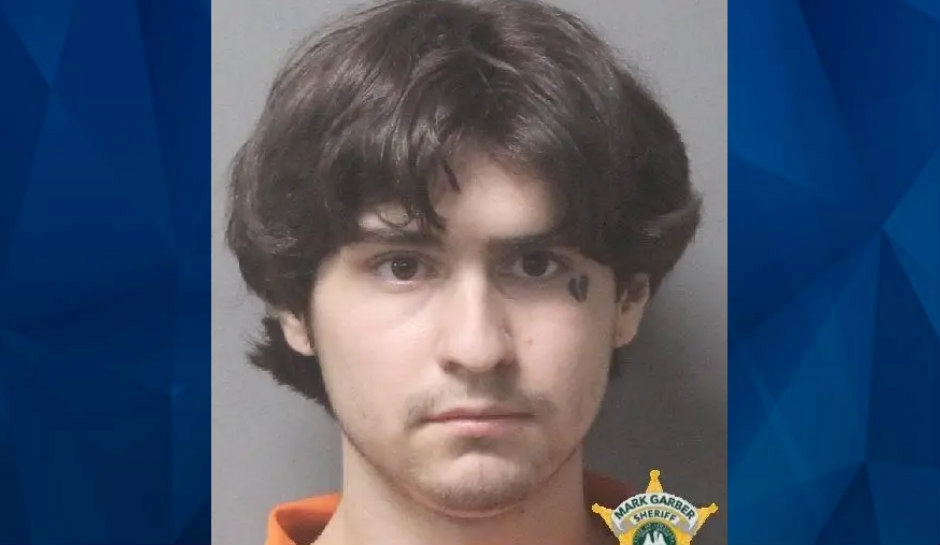 A Lousiana man was indicted on Thursday in connection with a hate crime and other offenses after he allegedly planned to kill his date.

BuzzFeed News reports that Chance Seneca, of Lafayette, was arrested in 2020 for kidnapping his Grindr date, identified as Holden White, and physically harming him to the point of putting the victim into a coma.

A criminal complaint indicated that Seneca contacted 911 on June 20, 2020, at around 11:49 p.m. and told the dispatcher that he strangled someone and was now waiting outside his father’s home for police to arrive.

“I really f***** my life up tonight,” Seneca said. “It’s my fault. I didn’t want all of this to happen…I tried to control everything so good.”

“It was going so well. I don’t want to be killed…I just want help.”

Deputies arrived at a home off of Maryview Farm Road in Fayetteville and met Seneca outside as he smoked a cigarette. Inside the home, authorities found an injured White naked inside an upstairs bathtub. The responding officers noted that Holden’s wrists had been “slit to the bone.”

White also had strangulation marks around his neck, six neck stab wounds, and blunt force trauma to his head. White was taken to the Ochsner Lafayette General’s intensive care unit. He was in a coma for three days before improving.

While speaking with the FBI, Seneca allegedly said he met White on the Grindr dating app before messaging with him on Snapchat. Seneca reportedly made plans with White to meet at his father’s Fayetteville home, where he knew they would be alone since his father was away, working off-shore.

Seneca drove to White’s apartment, picked him up, and the pair headed to the Fayetteville home.

Previous video coverage of the case

Seneca told investigators that he had planned to kill White.

When they arrived at the Fayetteville home, Seneca convinced the victim to wear handcuffs and join him in the bathroom for a sexual encounter, the criminal complaint says. After White walked into the bathroom, Seneca allegedly strangled him from behind until he passed out. The suspect then stripped White’s clothing off and put him in a bathtub.

Seneca told police that he slit White’s wrists once he had him in the bathtub, in an attempt to cut off his hands and save them as mementos. The suspect, however, said he stopped his plans once he saw the white bones under White’s cut skin.

Police initially declined a hate crime charge but in January, added it to the list of charges after evidence reportedly showed that Seneca targeted gay men. Other charges against Seneca include:

While speaking with The Acadania Advocate, White said he didn’t see any red flags about Seneca, but recalled that Seneca’s Grindr profile said he was a fan of serial killer Jeffrey Dahmer.

On the night in question, White said he slipped in and out of consciousness but remembered being in a cold bathtub.

“When I wake up, I am in his bathtub naked. The water is running, and it’s cold. He is in the process of doing my left wrist. He was slicing it like this (White points horizontally) and it was very, very hard. It was to the point that he was basically trying to cut off my hands.

“The neck was more like the torturing stage. He sliced here. I want to say he was trying to go for the carotid artery but he missed. He would take the tip of the knife and he was twisting it into my throat each time, but there’s 1-2-3-4-5-6…You can’t really see them because they healed very good.”

White also remembered waking up and seeing the bathtub filled with blood.

“I was laying in the bathtub, naked, bleeding out, the water red and cold, and I remember thinking, ‘Well, this is it.'”

White blacked out again and the next thing he remembered was waking up in a hospital bed.

“He could have done this to a woman,” White added. “Instead, he chose to do something to someone who’s gay and proud about his sexuality.”

“I’ve come out of this a stronger person. I survived it. I’m a survivor.”

Seneca remains behind bars awaiting his next court hearing. Check back for updates.