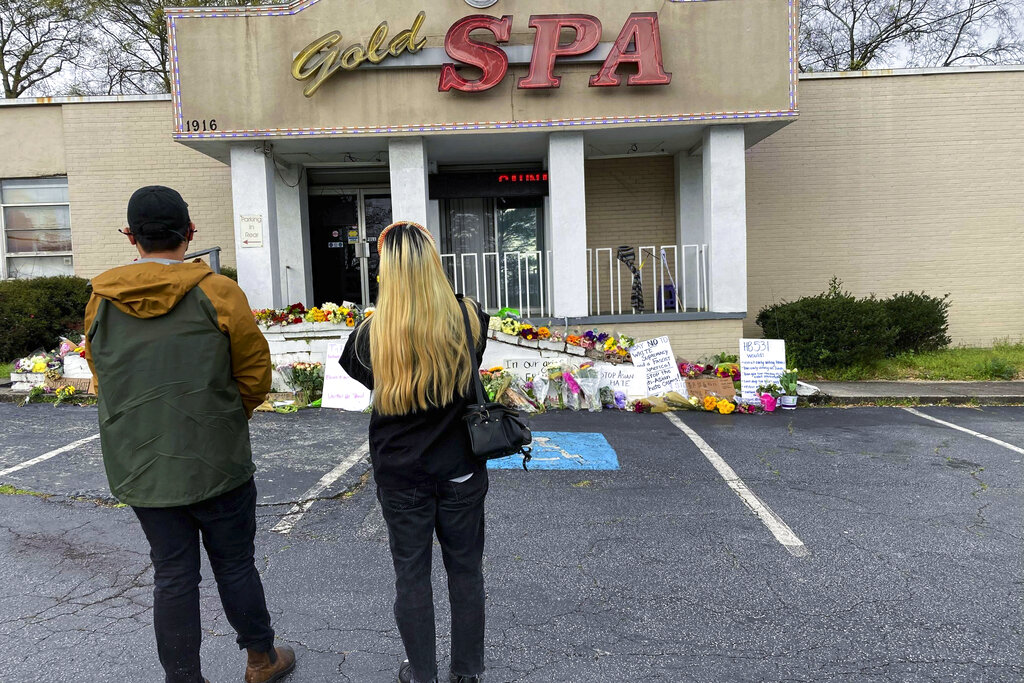 “She wasn’t just my mother. She was my friend.”

The son of one of the women killed in this week’s shooting spree in the Atlanta area gave an interview to the Daily Beast, challenging statements that the motive for the mass slaughter was the suspect’s purported sex addiction.

Randy Park, 23, of Duluth, Georgia, told the Daily Beast that his mother Hyun Jung Grant was killed on Tuesday after Robert Aaron Long allegedly opened fire at three different massage parlors in and outside of Atlanta. According to the report, Grant was working at Gold Spa, one of three locations the suspect targeted.

Park told the news outlet that he heard of his mother’s death from the daughter of someone who survived the shooting and had witnessed Grant being fatally shot. As of Friday, authorities had identified all the deceased victims, but when Park spoke to the Daily Beast, he said he had not heard from local police–though he had been contacted by the FBI.

“She wasn’t just my mother. She was my friend,” Park told the Daily Beast. He said that his mother loved to go out dancing and would often encourage him to come out with her to clubs.

“She was like a teenager,” Park said, while noting that his mother worked tirelessly to provide for Park and his brother, who she raised alone. She previously worked as a teacher in Korea before moving to the U.S.

“And here in America, she did what she had to do,” Park said in the interview. “She was a single mother of two kids who dedicated her whole life to raising them.”

Park challenged the narrative that Long killed his mother and the other victims because of a sex addiction, and said it was “bulls**t” to suggest the suspect’s self-diagnosed condition was the only motive for the crime.

He criticized the suspect’s family, who could not be reached for comment. According to numerous reports, the Long’s relatives contacted police on Tuesday after recognizing the 21-year-old as the subject of the police manhunt Tuesday evening.

“My question to the family is, what did y’all teach him?” Park said. “Did you turn him in because you’re scared that you’ll be affiliated with him? You just gonna scapegoat your son out? And they just get away scot free? Like, no, you guys definitely taught him some sh*t. Take some f****ng responsibility.”

Park indicated that he is overwhelmed by logistical concerns and has not had the time and space to grieve.

“It’s surreal. But I have a younger brother that I have to take care of now, so as much as I want to be sad and grieve—and I am super sad—I have no choice but to move on. To figure out the whole living situation for probably the next year with my brother.”

“I had to call the medical examiner to figure out the body retrieval situation, which I don’t want to talk about right now,” Park said. “I really just want to put my mom to rest.”