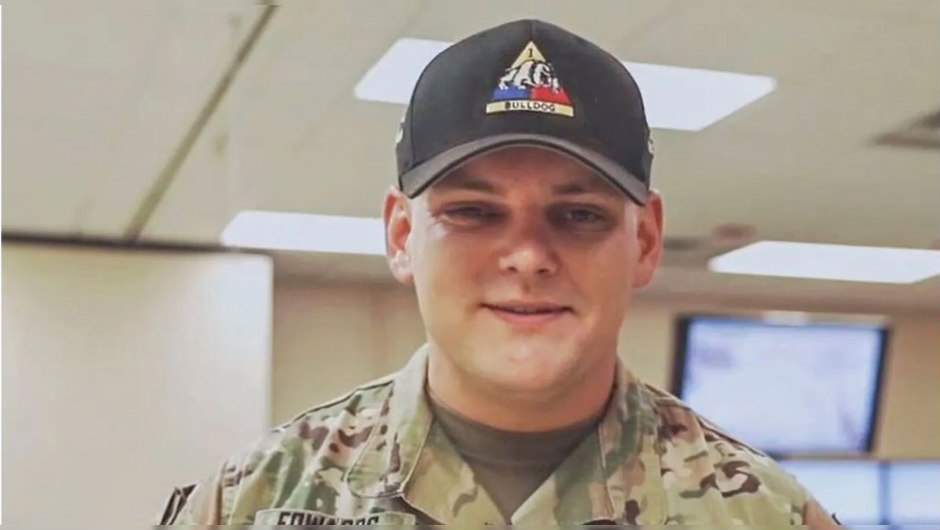 A 31-year-old Fort Bliss soldier died on Monday and police say it happened at the hands of his stepson.

Fox News reports that the incident happened around midnight on Monday, at an apartment in El Paso, Texas. Authorities found Sgt. 1st Class Allan Edwards, 31, dead at the scene.

Investigators spoke with the victim’s family members, including his 13-year-old stepson. The teen reportedly told police that he witnessed his mother being assaulted by Edwards. He also reportedly admitted that he grabbed his stepfather’s handgun and shot him multiple times.

According to Stars and Stripes, the boy said he saw the assault outside of their residence, but went back to the family apartment and retrieved a handgun. Once the couple came back home and the argument started up again, the boy allegedly pulled the gun out and started shooting at Edwards.

“Once back at the residence, the juvenile armed himself with a handgun belonging to Edwards,” El Paso police said. “When the couple again began to argue, the juvenile produced the handgun and shot Edwards.”

Authorities arrived at the scene and took the teen into custody. He was handed over to the Juvenile Probation Department.

No charges have yet been filed.

Edwards joined the Army in March 2008 as an M1 tank armor crewman, Military.com reports. He arrived in Fort Bliss in 2014, where he has served as assistant operations NCO in 4th Battalion, 17th Infantry Regiment; platoon sergeant in 1st Battalion, 67th Armored Regiment, and a master gunner with the 3rd Armored Brigade Combat Team.