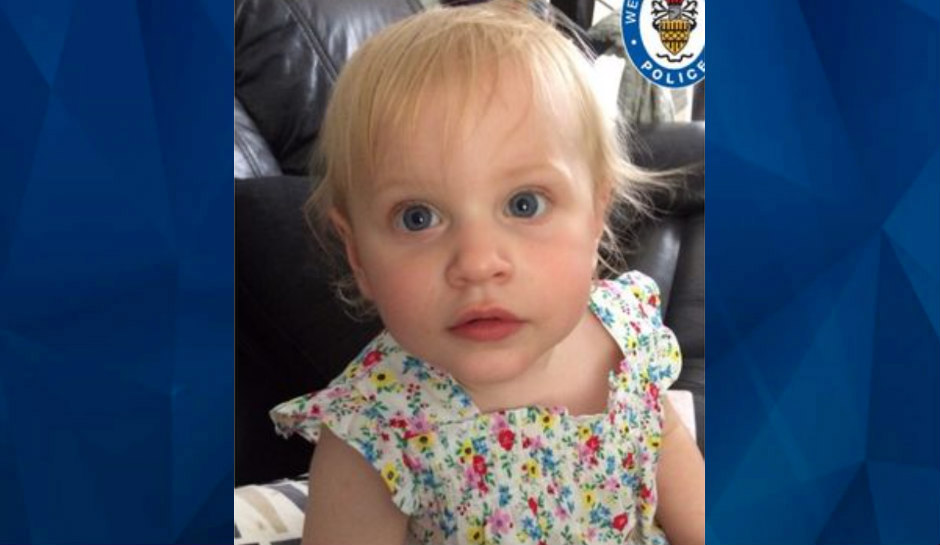 A babysitter who shook and beat a 1-year-old toddler girl to death learned his fate this week after a jury returned a guilty verdict.

Birmingham Live reports that a Birmingham, England, jury convicted 31-year-old Sean Sadler, of “murder and wounding.” He’s been sentenced to life in prison with the possibility of parole in 20 years.

According to court documents, first responders rushed Lilly Hanrahan to the hospital in 2017 with life-threatening injuries. At the time, Sadler was babysitting Lilly and took a photo of her while she was unresponsive and injured. He then waited around two hours before calling for medical help.

Authorities said Sadler was in a relationship with the toddler’s guardian at the time of her death. Lilly’s biological mother reportedly had a heroin addiction and was unable to care for her, which resulted in the guardian taking over responsibility.

While at the hospital, doctors discovered Lilly had at least 40 injuries, some old and some new. The prosecution said that Sadler had been abusing Lilly for almost three months before she collapsed in their Northhampton home with broken ribs, brain bleeding, and three broken vertebrae.

Her cause of death was listed as a “catastrophic” brain injury,” BBC News reports. Prosecutor Jonas Hankin said Lilly was shaken forcefully, “possibly involving an impact on a yielding surface such as the armrest of a sofa.”

“Sadler also caused her older injuries, the fractures to the vertebrae and bleeding in the lungs.”

Instead of taking responsibility for his actions, Sadler tried to blame the child’s injuries on the nursery she attended. Prosecutors said they found no evidence of the child being harmed while in daycare.

The court heard during trial how Sadler had numerous previous run-ins with law enforcement for domestic abuse. In one instance, Sadler was accused of hitting a female victim with a dog chain. In another instance, Sadler punched a woman in the face.

Weeks before Lilly’s death, her guardian took her to the hospital after noticing suspicious bruises on her. The doctor didn’t find anything suspicious, prompting her to continue allowing Sadler to care for the child.

“You are an accomplished liar. Sadly, you were able to convince [Lilly’s guardian] to allow you to have charge of Lilly,” the presiding judge, Justice Saini, told Sadler.

Saini reminded Sadler of the pain and fear Lilly likely felt after being harmed by someone who was supposed to protect her, someone she should have been able to trust.

“Lilly died at Birmingham Children’s Hospital on 22nd November 2017 as a result of a catastrophic brain injury suffered from a violent assault by you. You inflicted these injuries when you were meant to be looking after her in what should have been a place of safety…She was a healthy and delightful girl, 21 months old when you killed her.

You delayed seeking medical help for a number of hours and in doing so showed callous indifference to Lilly’s suffering. It must have been obvious to you that she was seriously hurt.”

After the guilty verdict, Detective Con Jo Buchanan, who worked the case, said, “when you have worked so hard and waited so long, you just feel like you have got justice for Lilly.”