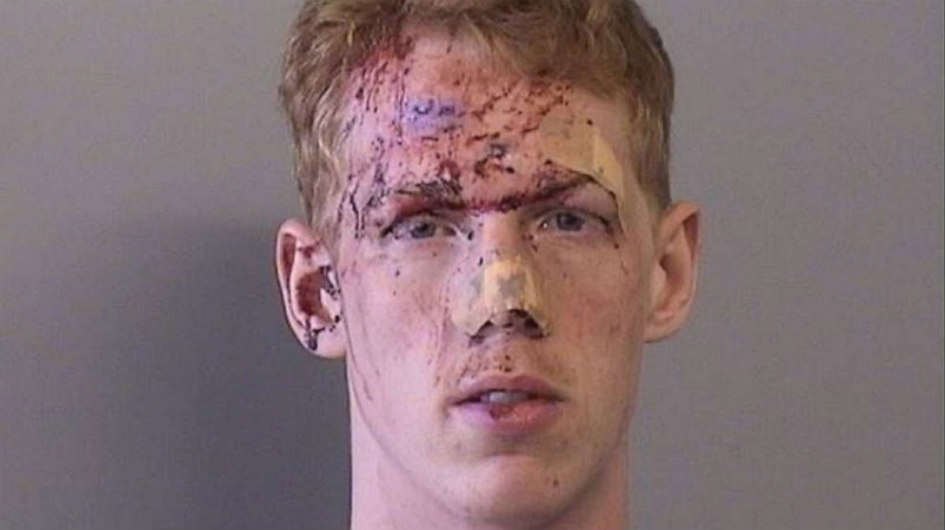 An Oklahoma man is behind bars after police say he stalked a former co-worker for months before kidnapping her and shooting her husband.

ABC 15 reports that the incident happened on April 2 in Tulsa, as the victim was leaving her apartment for work. The suspect, identified as Justin Arthur-Ray Davis, is accused of confronting the woman and her husband as they left their home.

The couple saw the suspect sitting in his truck near their apartment complex but before they could leave, Davis quickly got out of the vehicle with a shotgun and chased them until they ran back into their apartment, police said. Davis then shot through the door; a bullet struck the husband in the hand.

“Davis shot through the door hitting the husband in the hand,” authorities said. “Davis [then] went into the apartment and grabbed the victim dragging her down the stairs, assaulting her along the way.”

A neighbor heard the commotion and called the police after she saw the suspect “choke and punch the victim.”

“The husband then came back downstairs to save her and Davis [pointed] the shotgun at him saying he will kill him if she doesn’t get in the truck,” Tulsa Police Department (TPD) said.

A chase ensued afterward, as Davis allegedly sped away from the scene with the victim. He ultimately crashed his truck while trying to take an off-ramp exit. Authorities quickly detained him.

The victim, who was found inside the truck, was rescued while the suspect, who was speeding over 100 mph during the chase, was taken to the hospital with a head injury.

Authorities said that Davis previously worked with the victim but had left the job months ago. After he left the job, he continued to harass her, which ultimately led the victim to obtain a restraining order against Davis, police said.

“Davis has been stalking the victim for over a month after he resigned at their mutual workplace,” TPD said. “She has made reports of Davis sitting outside her apartment and leaving candy and food on her doorstep.”

According to Tulsa County jail records, Davis has been charged with:

As of Monday, Davis remains behind bars at the Tulsa County jail on a $300,000 bond.