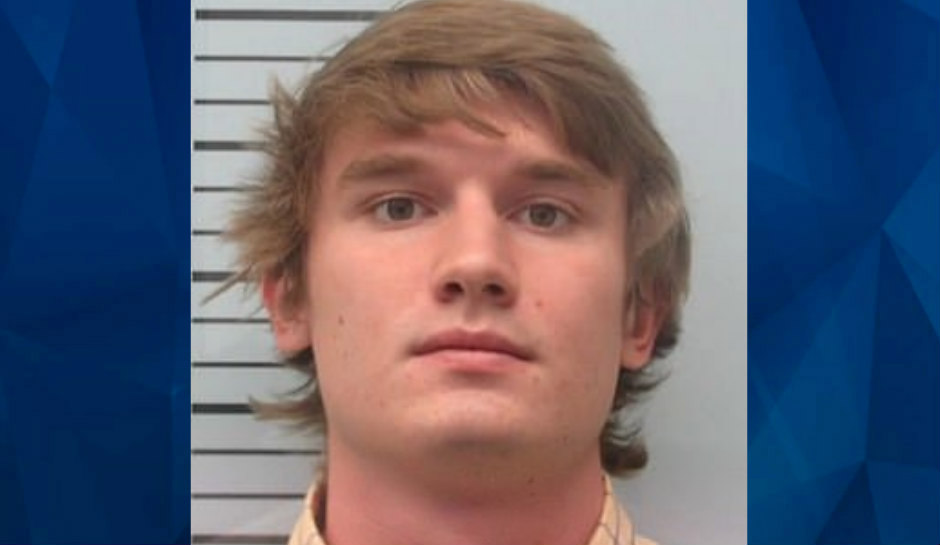 A University of Mississippi student is facing an aggravated assault charge after an alleged fraternity hazing incident left an Ole Miss student in the hospital.

“He was blindfolded and poisoned,” Adam Peavy, an attorney for one of the injured students, said, according to AP. “That’s what happened.”

A student witness told investigators that numerous pledges were blindfolded with their own ties. Higgins reportedly asked a few of the pledges if they were thirsty before spraying the bleach in their mouths.

The victim and a few other pledges ended up swallowing the bleach and vomiting. Another victim had to get medical treatment after getting bleach in his eyes.

“[The fraternity member] grabbed a bottle of bleach or surface cleaner and started spraying it on a few pledges,” a police report. “During this time, one of the pledges threw up from inhaling some of the substances in his mouth, and another one had to go to the hospital because the bleach got into his eyes.”

Peavy said that although the incident happened six months ago, the victim still can’t eat solids and has damage to his esophagus, The Daily Mississippian reports.

Peavy now plans to file a lawsuit on behalf of the victim’s family.

“Luckily, the esophagus can heal over time sometimes, but sometimes it doesn’t,” Peavy said. “In Jackson’s case, it’s been months and months, and (his weight) keeps going down.”

“[The victim’s] mom has explained to me something about cutting out portions of the esophagus or having to redirect the esophagus to the intestines. But you know, he eats, (and) he vomits.”

It’s unclear who will be named in the lawsuit, Peavy reportedly said, but the university chapter of Pi Kappa Alpha could possibly be one of the defendants.

Ole Miss officials suspended a student involved in the incident, although they didn’t specifically name Higgins. The victim, who is still enrolled at Ole Miss, is now a member of the fraternity.

A grand jury hasn’t made a decision on whether to indict Higgins. The next grand jury meeting is scheduled for June.