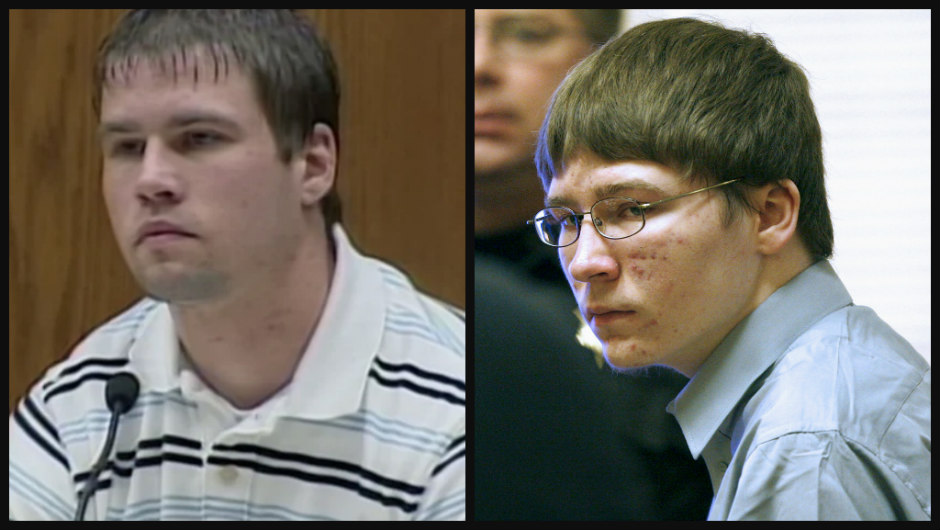 A former Wisconsin newspaper delivery driver says he saw the person who hid a murder victim’s vehicle into a salvage yard, and it wasn’t either of the men currently serving sentences for the crime.

Thomas Sowinski signed a sworn affidavit, claiming that he was working on November 5, 2005, for Gannett, delivering papers when he saw Bobby Dassey and an unknown older male moving murder victim Teresa Halbach’s RAV4 to the Avery salvage yard in Manitowoc County, Wisconsin.

Bobby Dassey is the older brother of Brendan Dassey; Brendan is currently behind bars serving a life sentence for Halbach’s murder.

Sowinski also stated that he notified the Manitowoc County Sheriff’s Office at the time of Teresa Halbach’s disappearance, but law enforcement allegedly told him that they “already know who did it.”

Sowinski said he left his number and was assured someone from law enforcement would call him back, but no one ever did, according to the affidavit.

According to the motion, Sowinski also claimed that Bobby Dassey noticed him and tried to block him from leaving the Avery property. Sowinski said he swerved the mail truck into the ditch, drove around Dassey, and left the property.

“The RAV-4 did not have its lights on. After Mr. Sowinski drove by Bobby and the other individual and delivered the papers to the Avery mailbox, he turned around and drove back towards the exit,” the motion read.

“When he reached the RAV-4, Bobby attempted to step in front of his car to block him from leaving the property. Mr. Sowinski was within 5 feet of Bobby, and his headlights were on Bobby during this entire time. Mr. Sowinski swerved into a shallow ditch to escape Bobby and exit and property.”

As CrimeOnline previously reported, Halbach, a freelance photographer for Auto Trader magazine, was murdered on October 31, 2005, after driving to Steven Avery’s house to take photos of his sister’s van. Her bone fragments, vehicle, and other evidence were found on Avery’s property days later.

Subsequently, both Avery and Brendan Dassey were arrested. Steven was arrested in November 2005 and Brendan the following March, after confessing that he raped Halbach and helped move her body. Dassey later said that detectives coerced a false confession out of him.

Bobby and Brendan Dassey, who are Avery’s nephews, both lived on the Avery property at the time of Halbach’s death.

Bobby Dassey was key witnesses for the prosecution during Avery’s trial. He testified that he saw Halbach taking pictures on Avery’s property never saw her again after she went inside Avery’s home.

Bobby Dassey also testified that he left to go hunting on the day Halbach was at the property; he said he saw her RAV4 when he was leaving, but when he returned from hunting, the vehicle was gone.

“This is an evidence bombshell in the Avery case,” Illinois wrongful conviction lawyer Kathleen Zellner said, according to Patch. “We consider it the most significant witness evidence ever in the case, and it’s an objective, non-biased witness who notified police in 2005 and he was ignored.

“I think Steven Avery never would have been convicted had this evidence been known during his trial, and it destroys Bobby Dassey’s credibility and links him to the crime.”

According to court documents, Zellner filed a motion in October 2017, at the Wisconsin Circuit Court, after Judge Angela Sutkiewicz turned down a previous motion, citing insufficient evidence to grant Avery a new trial.

While a previous motion primarily focused on Teresa’s former boyfriend, Ryan Hillegas, as the possible “real” suspect, Zellner said in the 2017 motion that Bobby Dassey left behind incriminating evidence that was never thoroughly investigated.

The motion states that “new forensic testing” on the Dassey home computer, tracing back to the times around Halbach’s murder and after, resulted in “images of Ms. Halbach, many images of violent pornography involving young females being raped and tortured, and images of injuries to females, including a decapitated head, bloodied torso, a bloody head injury and a mutilated body.”

“The [women in the] violent pornographic images on the Dassey computer are strikingly similar in appearance to [Teresa Halbach],” Zellner previously told Rolling Stone. “The viewer – whom we believe is Bobby – has a morbid fascination with the death of young women plus torture, rape, pedophilia etc.”

“Bobby also lied when he told the police he had never seen [Halbach] before October 31,” Zellner continued. “He commented about her every time she came to the [Avery Salvage Yard] for appointments.”

She also provided other key points, including:

Zellner has been working on Avery’s case since 2016. She hopes the new testimony will exonerate him or at least afford him a new trial. Check back for updates.