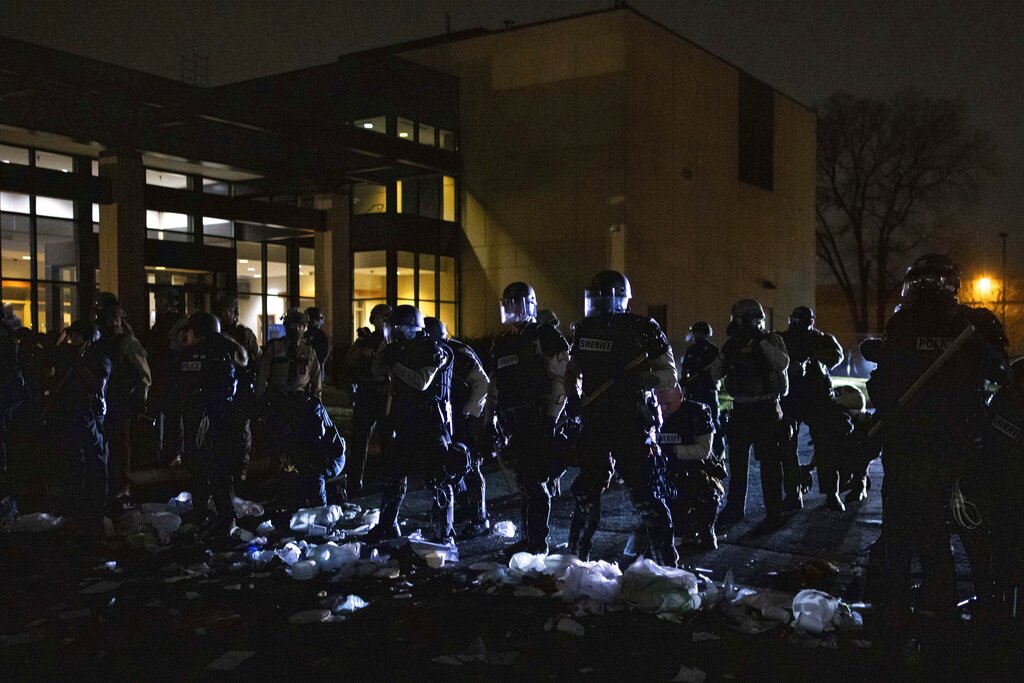 Testimony in the Derek Chauvin murder trial is expected to continue on Monday, hours after crowds gathered in Minneapolis to protest a police-involved killing.

As the New York Times reports, a Black man identified by his mother as 20-year-old Daunte Wright was fatally shot by police on Sunday during a traffic stop outside of Minneapolis. According to the report, officers from the Brooklyn Center Police Department pulled the man over for a traffic violation. During the traffic stop, officers reportedly learned Wright had an outstanding warrant, and at some point the man–who had presumedly gotten out of the vehicle–got back inside the car, at which point an officer shot him. The car, reportedly with Wright’s girlfriend in the passenger seat, traveled for several blocks before crashing into another vehicle. Wright was reportedly pronounced dead, and it does not appear that anyone involved in the collision was seriously injured.

On Sunday evening, crowds gathered outside the police precinct in protest, and National Guard troops and Minnesota State Patrol officers were called in to provide additional security and crowd-control measures.

Chief Tim Gannon of the Brooklyn Center Police Department told the New York Times that officer body cams were activated during the traffic stop and the shooting. Wright’s mother Katie Wright told the newspaper that her son called her as he was getting pulled over.

“He said they pulled him over because he had air fresheners hanging from his rearview mirror,” the mother said.

Officials have not yet commented on the nature of the outstanding warrant.

Expert witnesses are expected to continue to testify on Monday in Day 11 of Chauvin’s murder trial. George Floyd, an unarmed man, died after the former Minneapolis police officer knelt on his neck for several minutes during Floyd’s arrest on suspicion of using a counterfeit bill at a grocery store.