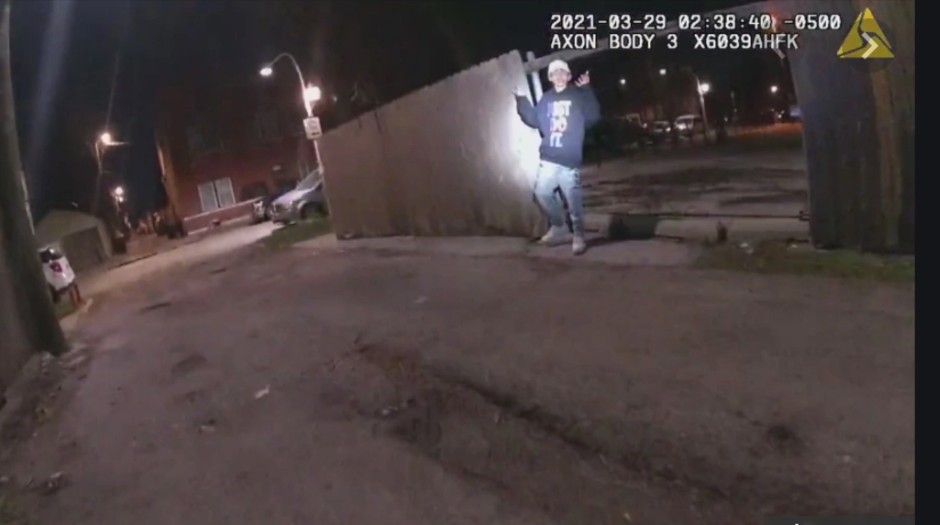 Police believe that Adam Toledo had a gun in his possession during the incident, but the boy may have discarded it before he was shot

As NBC 5 Chicago reports, the Civilian Office of Police Accountability, described as a police watchdog organization, released footage of the shooting death of 13-year-old Adam Toledo on March 29. According to the report, the videos came from surveillance cameras in the area and police body cam footage, including footage from the camera of the officer who shot Toledo.

The videos show the officer, identified as 10th district patrol officer Eric Stillman, engaged in a brief foot chase with Toledo in an alley in Little Village. Stillman reportedly believed that Toledo was armed, and shot Toledo when he allegedly failed to follow commands. The video of the shooting shows Toledo with both arms in the air when he is shot. According to ABC-7 News, the Chicago Police Department has said that Toledo is seen with a gun in the video, though it is difficult to determine by viewing the video where the gun was when Toledo was shot. Conversely, there does not appear to be any question that Toledo has his hands up in the instant the officer shoots him.

WARNING: THE BELOW VIDEO IS DISTURBING AND GRAPHIC

The first minute of the video does not include sound. The later half of the recording shows close-up images of a juvenile who has been mortally wounded.

Police are seen offering immediate medical aid to Toledo after he is shot in the chest, but the boy could not be saved.

The Toledo family attorney said in a statement to ABC-7 News that it is possible Toledo had a gun on him at some point during the March 29 incident, but insisted the boy did not have a gun in his hand when he followed the officer’s instructions to show his hands, a claim that the video appears to support. The attorney said she wants a thorough forensic analysis of the video.

“I’m not going to deny that, that it could have been a gun. But I can’t tell you with 100% certainty until I have that video forensically analyzed and enhanced,” the attorney, Adeena Weiss Ortiz, said in a statement. “But it’s not relevant, because he tossed the gun. If he had a gun, he tossed it. The officer said ‘show me your hands,’ he complied, he turned around.”

According to the Wall Street Journal, Eric Stillman has been placed on administrative leave. No charges have been filed in connection to Toledo’s death as the investigation continues.