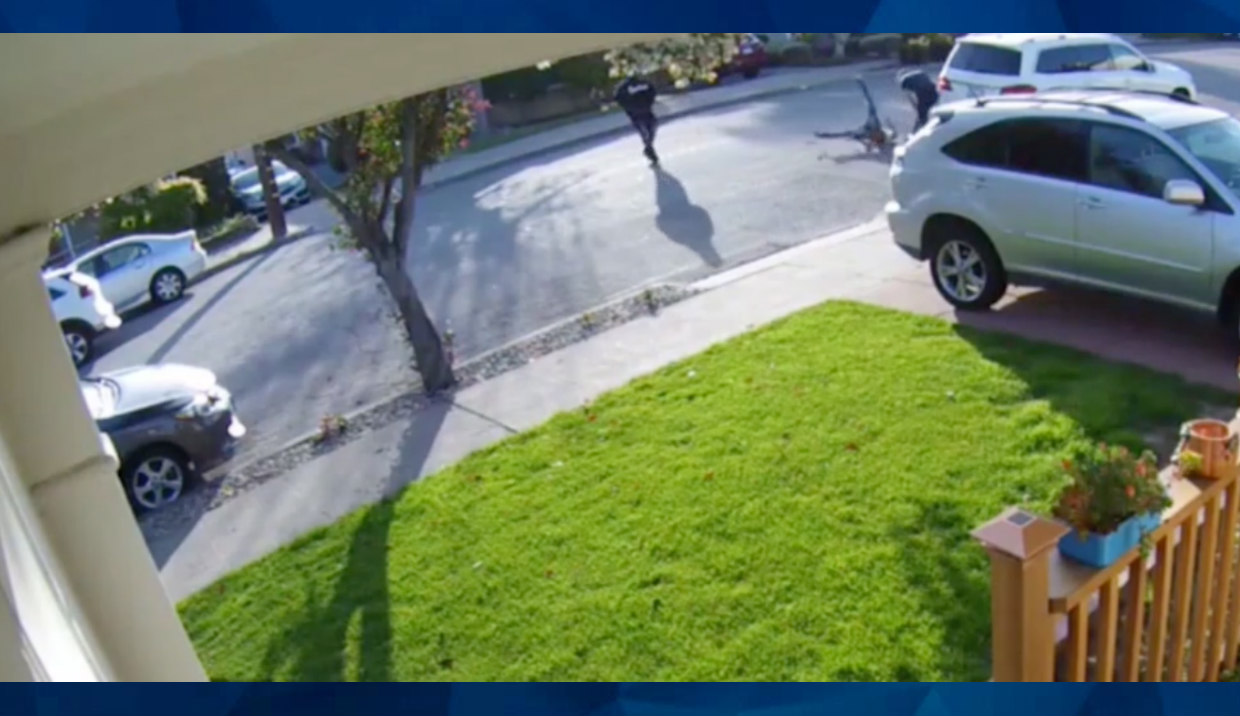 SEE IT: Boy gets brutally body slammed after pulling a gun on random victim & demanding his car

Security footage captured a dramatic scene in California this month, after two boys are alleged to have tried to steal a car.

KRON4 reports that the incident happened in San Leandro, outside of a residence on Pershing Drive. The footage showed what appeared to be two boys walking up to a man with weapons in their hands. One of the boys pointed his weapon at the victim.

The unidentified victim got the upper hand when he grabbed the suspect, causing the boy to drop his weapon. The victim then whisked the suspect off of his feet and delivered a fierce body slam.

“It was very scary. We were actually home at the time, so yeah it was scary. A lot of the neighbors were a little alarmed,” neighbor Mary Aima told the outlet.

Police later arrested the boys after they were allegedly involved in another car robbery, along with two additional boys. Authorities said the suspects’ ages range from 11 to 14.

And just six hours prior the attempted robbery on Pershing Drive, the two suspects tried to rob a man at a Chase Bank ATM, police said. The victim in that incident said he scared the boys off by saying he was an undercover officer.

Due to their ages, the names of the suspects are not being released.