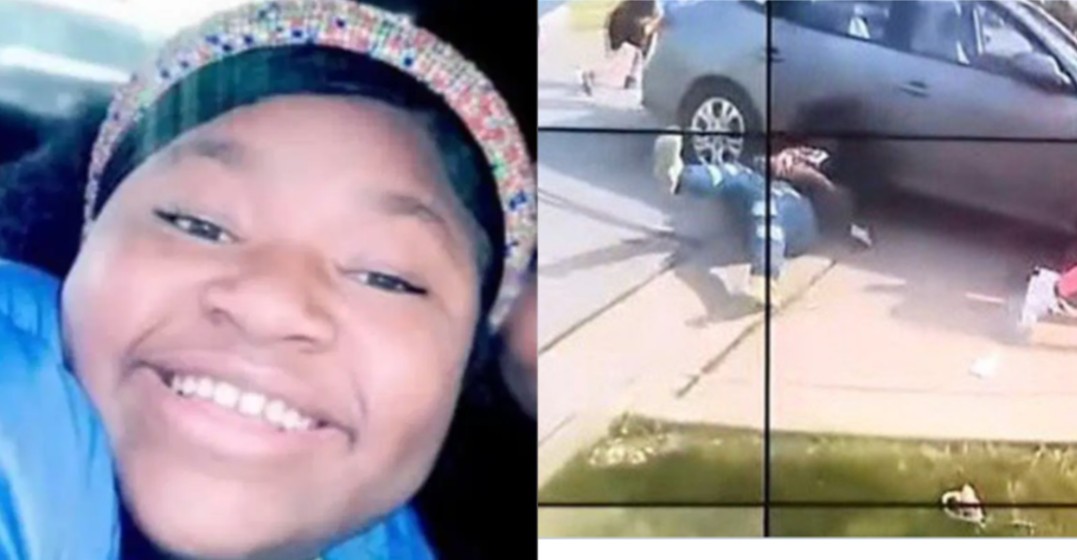 Police in Columbus, Ohio, have released body cam footage of an officer shooting a 16-year-old girl, who was later pronounced dead.

As WBNS reports, police were called to a home at about 4:30 p.m. Tuesday after someone placed a 911 call reporting that females were attempting to stab them. The dispatcher was unable to get further information before the call was disconnected, and officers were dispatched to the scene at the 3100 block of Legion Lane.

Police body cam footage shows the first officer on the scene confronting a group of people immediately upon exiting his vehicle. The officer fires four shots at a female appearing to hold a knife, who family has since identified as 16-year-old Ma’Khia Bryant. The girl’s family members say Ma’Khia is the person who placed the 911 call asking for help, according to WBNS.

WARNING: Columbus Police shared graphic and disturbing body cam footage showing the fatal shooting. The body cam footage begins at about the 4:45-minute mark in the below video of Tuesday evening’s press conference.

The body cam footage shows a chaotic scene outside a home, with females physically fighting. Ma’Khia Bryant comes into the frame, appearing to push another female. The footage shows what appears to be a knife in her hand, which she may have swung at another female. The officer shouts commands and then fires four shots at Ma’Khia Bryant within seconds of arrival at the scene. The girl is seen lying on the ground as additional officers tend to her.

Ma’Khia was transported to a hospital, where she was later pronounced dead.

As the Associated Press reports, a male voice can be heard in the footage, apparently speaking to the officer: “You didn’t have to shoot her! She’s just a kid, man!”

“She had a knife,” the officer responds. “She just went at her.”

Hazel Bryant, who told the Columbus Dispatch that she was Ma’Khia’s aunt, reportedly claimed that her niece dropped the knife before she was shot multiple times. The officer who shot the girl has not been identified and has been placed on administrative leave.

According to WBNS, Columbus Mayor Andrew Ginther appeared to support the officer’s actions during statements made at Tuesday’s news conference, while noting that the death was a tragedy.

“We know based on this footage the officer took action to protect another young girl in our community,” Ginther said.

Ma’Khia Bryant was fatally shot less than an hour before a jury announced its verdict in the murder trial of former Minneapolis police officer Derek Chauvin. Chauvin was found guilty of  third-degree murder, second-degree murder, and second-degree manslaughter in the death of George Floyd, who died in May 2020 after Chauvin knelt on his neck for several minutes.