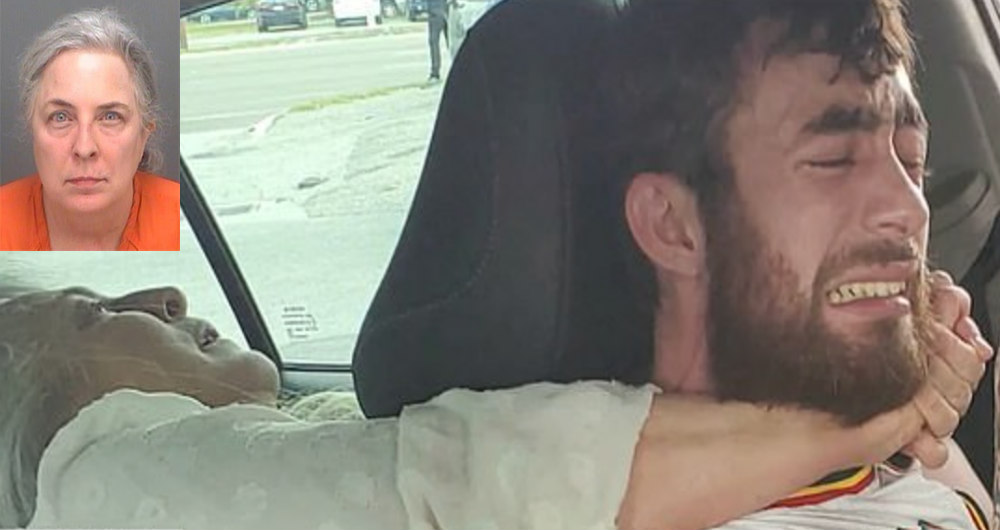 A Florida woman is facing felony charges after she allegedly choked and bit an Uber driver in an unprovoked attack on April 17.

Michele Stilwell, 55, slept most of the way while Uber driver Michael Hassey Jr., 22, drove her home from the Cask Social Kitchen in Tampa, News Channel 8 reports. Around a few blocks before Hassey arrived at Stilwell’s home, she “sprouted up” and attacked him, he said.

“She started screaming curse words at me and slapped me in the face,” Hassey told the outlet.

Stilwell then starting choking and biting Hassey, while screaming “Daughter!” according to an anonymous video sent to News Channel 8.

Hassey managed to stop his vehicle after Stilwell reportedly slapped his phone out of hand. Fox 8 reports that numerous witnesses rushed over to help after spotting Stilwell attacking Hassey. They pulled the suspect off of the driver and called 911.

Authorities arrived at the scene shortly after and noted that the suspect was likely intoxicated.

Stilwell was arrested and charged with aggravated battery and tampering with a witness. She was released on a $15,000 bond on Sunday.