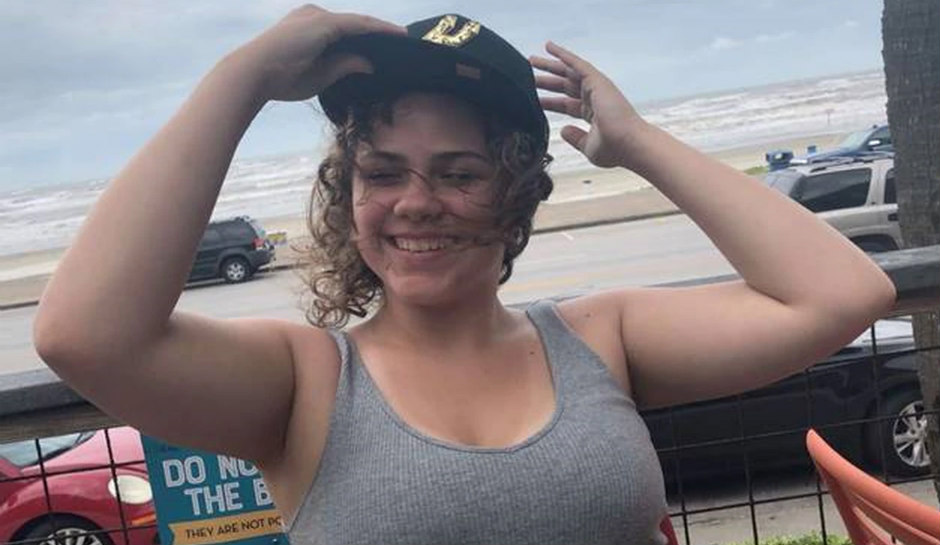 Texas authorities and the National Center for Missing & Exploited Children are searching for a teen girl who they believe is being trafficked.

NBC 6 reports that efforts to spread the word about Kristen Galvan’s disappearance are ramped up this week, on her 17th birthday. Galvan has been missing for over a year after vanishing from her grandmother’s home in The Woodlands on January 2, 2020. She turns 17 on April 23.

Galvan’s mother, Robyn Bennett, previously told The Chron that she last saw her daughter on January 1, 2020, as the teen left to visit her grandmother for winter. Since then, there have been few leads and no information that has led to Galvan’s whereabouts.

“She took off,” Bennett said. “My mom called me immediately when she realized Kristen was gone.”

Bennett told NBC 6 that new friends lured her daughter out of the residence.

“Before Kristen was taken one year, three months, and 22 days ago, she was a sweet teenager,” her mother, Robyn Bennett, told the outlet.

“She was a good student, in JROTC and on the drill team. She lightened any room she entered. It’s scary to think that Kristen was lured out of our home by new friendships full of empty promises and sold into the dark world of child sex trafficking.” 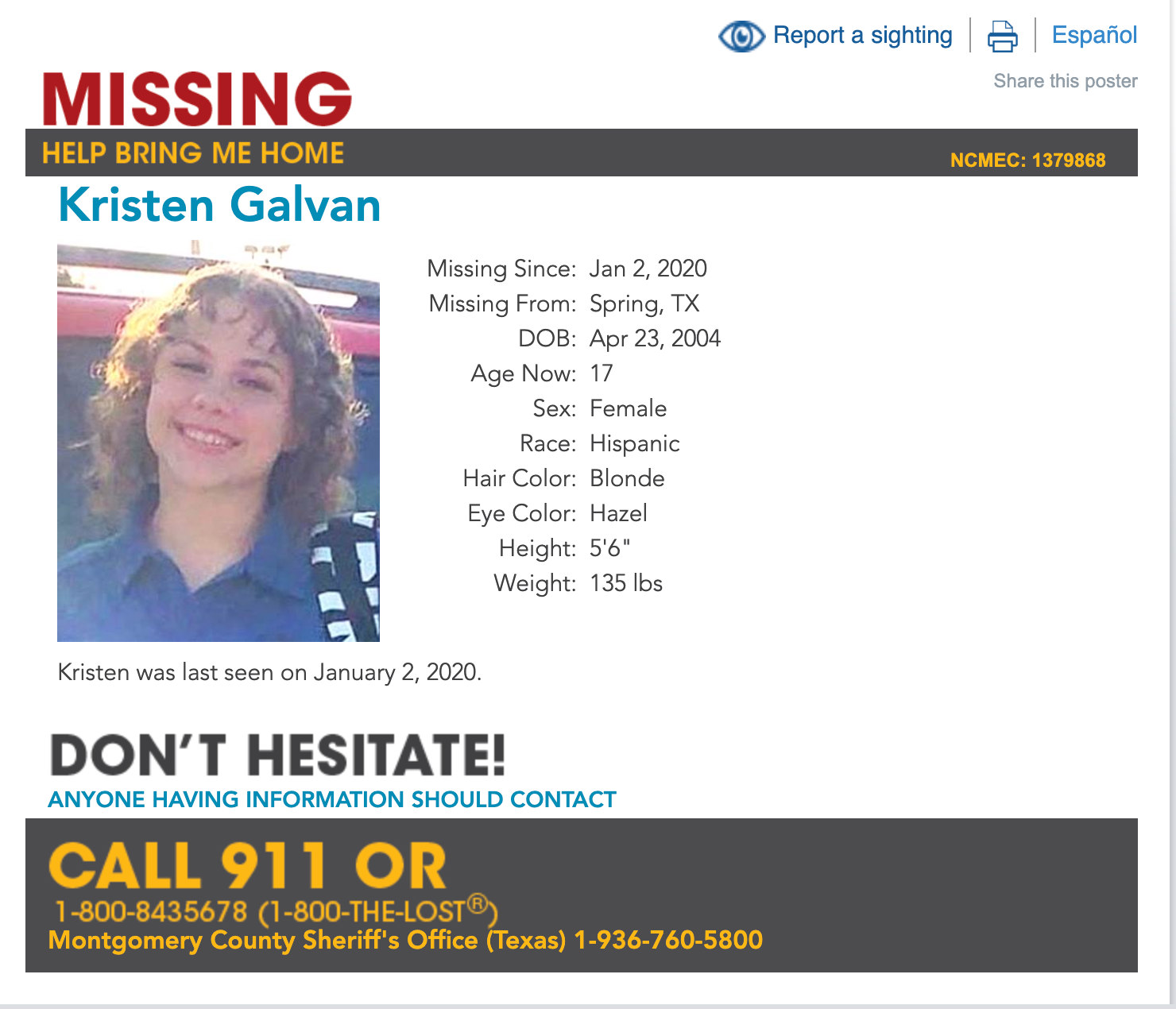 According to the FBI, the teen’s life may be in danger.

“Because Kristen is a possible victim of human trafficking, this means her life could be in danger,” said FBI Special Agent Bethany Morris.

“Kristen will be 17 years old on April 23, 2021. Kristen’s family and friends miss her terribly. If you have any information related to her whereabouts, please contact NCMEC at 1-800-THE-LOST and help bring Kristen home.”

Kristen is a white female who stands 5-feet-6-inches tall and weighs around 135 pounds. She and has blonde hair and hazel eyes.