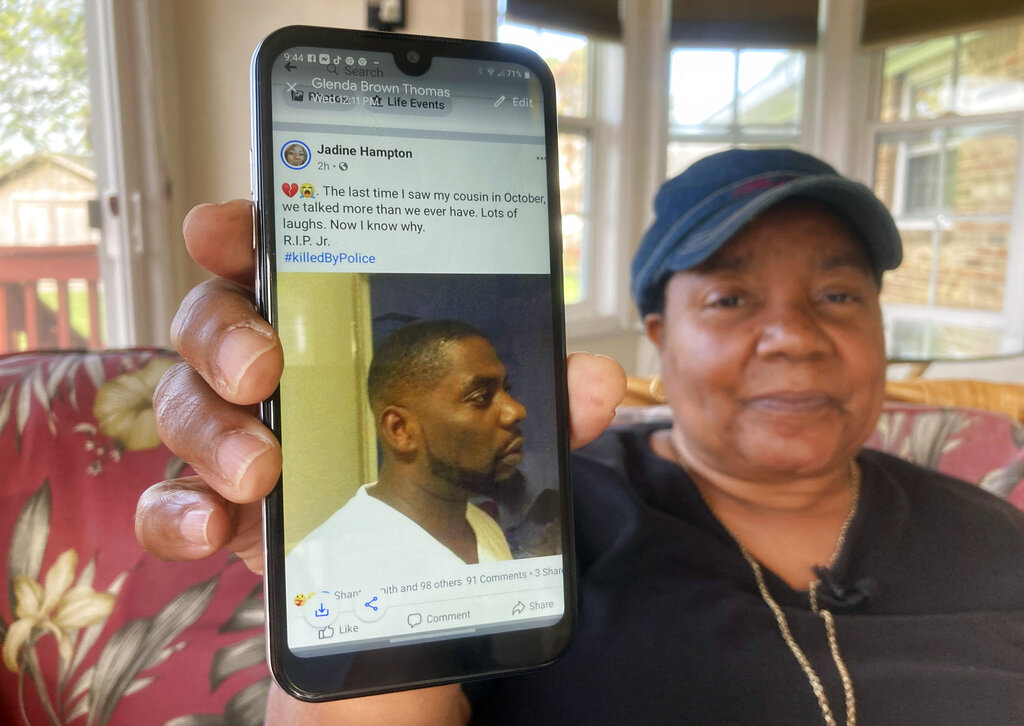 SEE IT: Andrew Brown, Jr. was shot five times, including ‘kill shot’ to back of the head, independent autopsy shows [DOCS]

The attorneys for the family of Andrew Brown, Jr., shared the results of an independent autopsy report at a news conference Tuesday, showing that the 42-year-old father of 10 was shot five times by deputies as he attempted to drive away.

According to the Associated Press, attorneys for the family presented the findings of an autopsy conducted by an independent pathologist hired by the family. Attorney Wayne Kendall announced that Brown had been shot four times in the right arm and once in the back of the head. As WAVY reports, the family attorneys reportedly said the head wound was a “kill shot” that took Brown’s life.

The attorneys also claimed that Brown was driving away from deputies firing at him when he was killed on Wednesday. As CrimeOnline previously reported, Brown was fatally shot by Pasquotank County Sheriff’s deputies who went to a residence in Elizabeth City, North Carolina, to serve a search and arrest warrant in connection to a yearlong investigation on alleged drug offenses. On Monday, Brown’s attorneys and family members said the county attorney and sheriff’s department played 20 second of police body cam footage taken during the fatal incident. The attorneys claimed that deputies were already firing at Brown’s vehicle when the video clip began, and that Brown’s hands were visibly on the steering wheel of the car.

“Yesterday I said he was executed. This autopsy report shows me that was correct,” he said at the news conference, according to the Associated Press.

“It’s obvious he was trying to get away. It’s obvious. And they’re going to shoot him in the back of the head?”

The autopsy report, obtained by WTKR, shows that two of the bullet wounds to Brown’s arm were penetrating, while the other two were bullet grazes. The gunshot the back of Brown’s head penetrated his brain and skull, killing him, according to the report.

Local authorities have shared very few details about Brown’s death, and it is unclear when they will share police body cam footage with the public. As CrimeOnline previously reported, three deputies resigned and seven remain on administrative leave in the wake of the fatal incident. Pasquotank Sheriff Tommy Wooten said that one of the three deputies who resigned was near retirement, and that none of the three were involved in Brown’s shooting. It remains unknown how many deputies were at the scene or fired at Brown.